A shield and a sword against the Nazi BNP

This article is over 15 years, 8 months old
What many of us feared became a reality on the night of 4 May, when the fascist British National Party (BNP) won 32 council seats, 11 of them in Barking & Dagenham. They now have 48 councillors around the country.
By Weyman Bennett and Martin Smith
Downloading PDF. Please wait...
Saturday 13 May 2006

What many of us feared became a reality on the night of 4 May, when the fascist British National Party (BNP) won 32 council seats, 11 of them in Barking & Dagenham. They now have 48 councillors around the country.

Before we try to answer the question of how to stop the BNP, the anti-fascist movement has to ask itself how the Nazis achieved their electoral gains in the first place.

Clearly the first blow came when Margaret Hodge, the Labour MP for Barking, made her infamous claim that eight out of ten white people in her constituency were thinking of voting for the BNP.

Hodge’s comments were followed in quick succession by the publication of a report funded by the Rowntree Trust that claimed that 23 percent of respondents “might vote” for the BNP.

Every day the mainstream press painted an apocalyptic scenario of swathes of disaffected white working class voters switching from Labour to the fascist BNP. The result was a media fest the likes of which the Nazis in Britain have never enjoyed before.

Why did Hodge make those remarks? Trevor Philips, chair of the Commission for Racial Equality, tried to justify her statement when he spoke to the Observer last Sunday.

“Did Margaret Hodge boost the BNP? Unlikely. The facts suggests that, if anything, she got out anti-racist voters who stayed at home last year,” he said.

Unlikely? That certainly wasn’t the commonly held view of most Labour members and anti-racists in her constituency.

Liam Smith, the Labour agent for Barking & Dagenham argued, “She has given the BNP the best PR they have had in years. They were in fact running quite a limited campaign – but she said what she said and the BNP campaign took off.”

Nor is it the view held by the Nazis. Richard Barnbrook is the BNP’s London spokesperson – and now a Barking councillor. He told the Guardian, “If I’d paid her a million pounds I couldn’t have asked her to do more.”

The fact is Hodge’s crude attempt to motivate dispirited Labour voters gave the Nazis the propaganda coup they so desperately needed.

But Hodge’s comments shouldn’t cloud the more fundamental reasons behind the BNP’s election success. For the last nine years the Labour government has rammed through its neo-liberal agenda on issues such as housing, privatisation and education.

This has created seething anger against Labour in working class communities – and a desire to punish them at the ballot box.

In areas such as Birmingham and inner east London, Respect has become a positive alternative to Labour. Respect won more seats in Tower Hamlets than the BNP won in Barking – a fact the media by and large chose to ignore.

But in areas such as Burnley, Kirklees and Sandwell, where the Labour Party has stagnated and there is no positive alternative, the BNP has been able to tap into despair and exploit racist sentiments.

Another factor is that over the last few years, the BNP’s leader Nick Griffin has tried to to make the BNP appear “respectable”, emulating the strategy of Jean?Marie Le Pen in France.

Griffin and other BNP figures go out of their way to pretend that they are not racist. In fact they are simply repackaging their racism in new terms – virulent attacks on Muslims, scapegoating asylum seekers and posing as “defenders of free speech”.

Unite Against Fascism, Britain’s biggest anti-Nazi organisation, and Love Music Hate Racism (LHMR) did all they could to undercut this. Unite campaigned across the country, distributing over a million leaflets.

LMHR organised over 55 anti-Nazi concerts and rallies, many in BNP target areas. It also organised the magnificent 50,000 strong anti-Nazi carnival in Trafalgar Square – which not one mainstream newspaper covered.

Unite was able to push the Nazis back in some areas. One of the BNP’s targets was Wakefield in West Yorkshire.

They organised a series of concerts, rallies and propaganda initiatives. The BNP did not win a single seat there.

A key part of the Rowntree Trust report notes that many of those who would not completely rule out voting for the BNP are nevertheless deeply worried and suspicious of the organisation. Many who voted BNP said they felt ashamed of their actions.

Unite must try to exploit these weaknesses in the BNP’s support. It is going to have to strengthen its campaign work in local communities and redouble its efforts against the fascists.

The shield of the “Don’t Vote Nazi” strategy is an important part of our armoury against the BNP – but it is not enough.

During the 1990s, when the Tories were in power, Labour could appear to be an alternative to the horror of the fascists. But nine years into a Blair government, anger and despair about society is focused on Labour.

This underlies the need for Respect – a radical alternative that can channel people’s bitterness and anger with Labour in a positive direction.

Over the coming months and years we are going to have to strengthen both the sword of Respect and the shield of Unite.

Jerry came second in the Lockleaze ward of Bristol, beating Labour, the Greens and the Tories. He told Socialist Worker, “Lockleaze ward is a mainly white working class ward, although there are some people from ethnic minorities and a more affluent area.

“People are very disillusioned with the Labour Party and have voted for the Lib Dems in the last few elections. In the last election the Lib Dems polled 56 percent of the votes, just under 1,500, on a 33 percent turnout.

“Our vote is all because of our unequivocal campaign about amenities and standing for hope and optimism.

“This cut with the grain of young and old people, who were all shouting support for me on election day.

“Hundreds of people in the ward voted Respect for the first time. Former Labour Party members campaigned for Respect.

“National politicians talk about people’s apathy and the right wing are feeding off the despair. But Lockleaze proves that when a message of hope is given it receives a favourable ear.

“We are now going to put out a leaflet thanking people for voting Respect. We are also going to hold a meeting in the ward which will set the agenda for our campaigns in the ward for the people of Lockleaze in the future.

“Respect is now the official opposition in this ward. What is brilliant is that this could have been a BNP target ward – but now it will never consider standing here and will have to go off and peddle its filth elsewhere.” 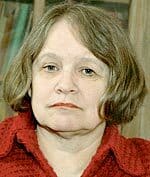 Back the left challenge to New Labour

Strike back at the oil barons