This article is over 15 years, 10 months old
Some 600 catering and cleaning staff have gone on strike in Aberdeen. The women workers, members of the T&G union, are demanding equal pay and backdated bonuses under the single status agreement.
By Joshua Brown
Downloading PDF. Please wait...
Saturday 18 March 2006

Some 600 catering and cleaning staff have gone on strike in Aberdeen. The women workers, members of the T&G union, are demanding equal pay and backdated bonuses under the single status agreement.

The strike began on Thursday last week and continued through to Monday at schools, nurseries and community centres across the city.

The first two days of the strike closed 46 of Aberdeen’s 77 schools.

The spirit of solidarity was clear the day before the strike when it was announced that EIS (the main Scottish teachers’ union), GMB and Unison union members across the city had won the right to refuse to cross T&G picket lines without fear of disciplinary action.

The mood on the picket lines across the city was vibrant. At several lines there were reports of teachers, youth workers, and other council staff, including male janitors who receive the higher wage, showing their support and refusing to go to work.

Students outside Harlaw Academy were extremely supportive – cheering and applauding the striking workers. “We’re sorry you won’t get your dinner today,” said one of the dinner ladies. “That’s okay, we wanna go on strike too,” one group of students replied.

It was quite clear that this strike is not only about equal pay. It is about the need for the council bosses to respect women workers and the work they do.

As one of the striking dinner ladies outside the Aberdeen Grammar School put it, pointing at a group of schoolgirls speaking to another woman on the picket line, “We’re getting a lot of support today. These are young women – we’re fighting for them too. They deserve equal pay.”

At 10am on Thursday, 300 women from picket lines across the city gathered at the Castlegate in the city centre. There was a carnival atmosphere without any permits, formal speeches or union leaders trying to lead them. They and marched down Union Street and over to the Town House.

The cheering, chanting, smiling women workers surrounded the council chambers and demanded that councillors come out and meet them face to face.

Diane, a cleaner at Torry Academy, said, “The council has tried to blame us for rising council tax bills. It’s disgusting.

“The council is lining its own pockets and it doesn’t want to pay us what we’re due.”

Tracy Walker, who has been a unit supervisor for catering staff for 16 years, said, “The council has admitted we are due money. It needs to stop blaming us.

“It has been almost six years that we have been asking for the money we are due”, she said.

The situation may be best summed up by an older woman who shook her finger at the council offices as she passed the rally and said, “Give them their bloody pay They deserve it.”

Women workers in Aberdeen are fed up with unfair pay. The strike is set to continue from Thursday through Monday for each of the next two weeks. 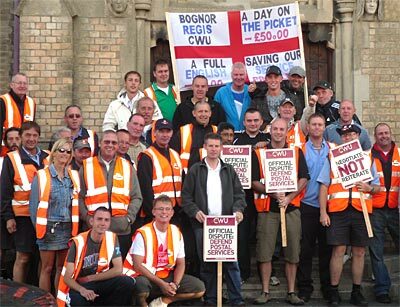 This is no time to stop fight for pay