This article is over 13 years, 6 months old
After successfully beating back a parliamentary attack on abortion rights in May, activists now have a chance to improve abortion law.
Downloading PDF. Please wait...
Tuesday 08 July 2008

After successfully beating back a parliamentary attack on abortion rights in May, activists now have a chance to improve abortion law.

Amendments to the government’s Human Fertilisation and Embryology Bill seek to improve access to abortion services for women.

They include ones that would abolish the requirement for a woman to gain two doctors’ signatures in order to have an abortion, and would institute the right of nurses and other health professionals to carry out abortions.

Passing the amendments would signify a strengthening of women’s rights and give more confidence to those fighting for a woman’s right to choose.

Abortion Rights has called a lobby of MPs on Monday of next week – the day that MPs are expected to debate and vote on the amendments.

It is vital that abortion rights activists contact their MP prior to the vote to make sure that they will vote for the pro-choice amendments.

Union-sponsored MPs should face a barrage of phone calls and emails demanding that they vote for the amendments – every major trade union in Britain is affiliated to Abortion Rights.

For more information go to » www.abortionrights.org.uk

Trade unionists at centre of fight for abortion rights 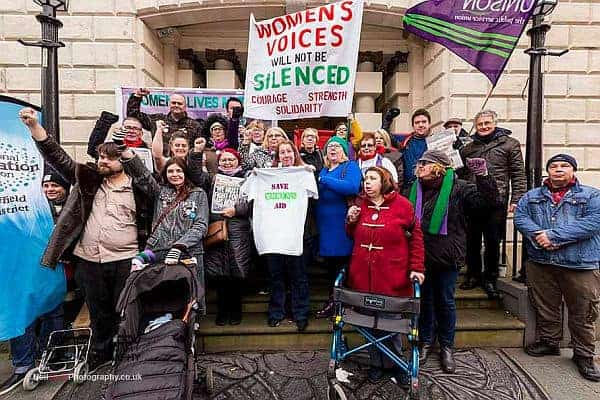