Acid attacks are result of Islamophobia and racism

The police are searching for a 24 year old white man after a horrific acid attack on two Muslims in Newham, east London, last week.

Resham Khan and Jameel Muhktar were attacked while celebrating Resham’s 21st birthday last Friday. A man poured acid through their car window as they waited at traffic lights in the Beckton area.

Police, who have named John Tomlin as a suspect, were not initially treating it as a hate crime. But they have now said that they have new information leading them to investigate it as one

Jameel said that “it’s definitely a hate crime”. “I believe it was something to do with Islamophobia or maybe he’s got it in for Muslims because of the things that have been going on lately,” he told Channel 4 News.

Tomlin has shared racist posts on his Facebook post proclaiming himself “100 percent English and proud”. Another post he shared urges people to “make Britain great again” and “reclaim what is rightfully ours”.

This attack comes on top of rise in acid attacks in the last year.

According to figures from the London Metropolitan Police’s the number of acid attacks has risen from 261 in 2015 to 454 in 2017.

There have been reports of further attacks in the last two days alone. Bad Bai reported another acid attack in Newham on Thursday. “One of my boy’s friends just got acid thrown in his car between Wanstead and Forest Gate,” he tweeted. 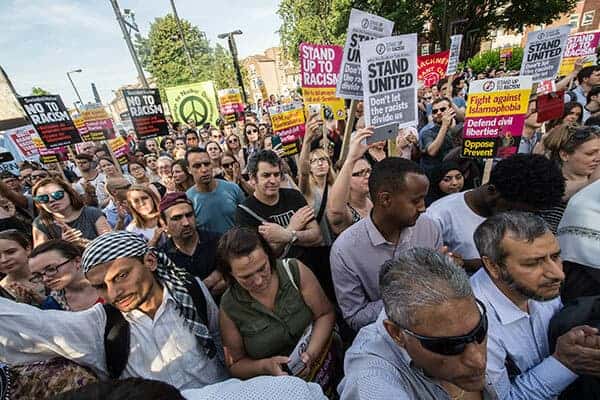 There has been a report of at least one other acid attack in east London.

Hate crimes against Muslims in both Manchester and London have surged in the wake of the horrific terrorist attacks last months.

Politicians and right wing newspaper have been quick to offer sympathy with Resham and Jameel, with the Daily Star branding Tomlin a “sick brute”.

But it’s newspapers such as the Daily Star that push racism against Muslims every day, smearing them as terrorist sympathisers. Politicians have whipped up Islamophobia in the wake of the terror attacks with plans for terror laws to clamp down on Muslims.

This racism from the top of society fuels attacks on the streets.

We have to stand in solidarity with the victims, demand justice for them—and fight against the racism that can produce such attacks. 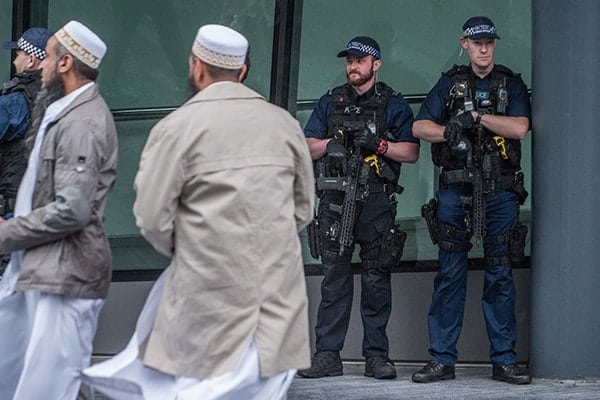 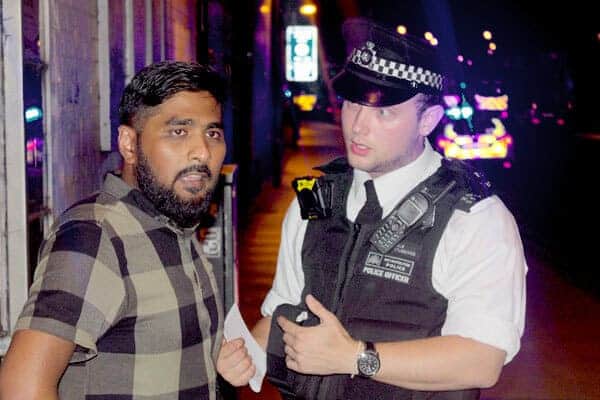 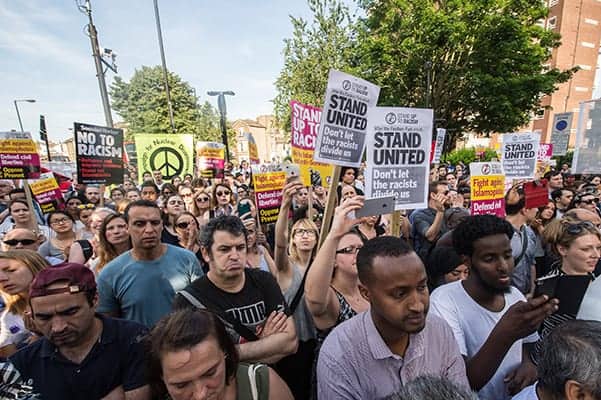 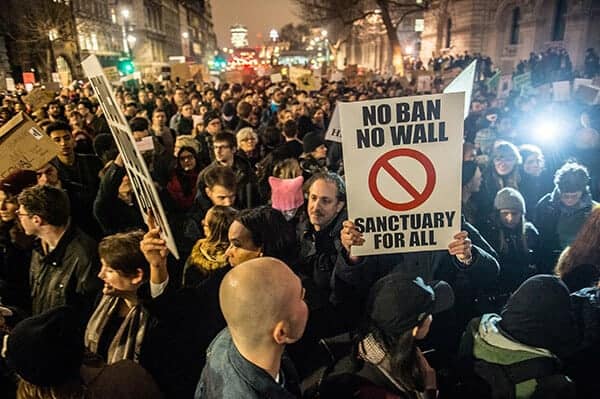 Trump’s racist Muslim ban is back on 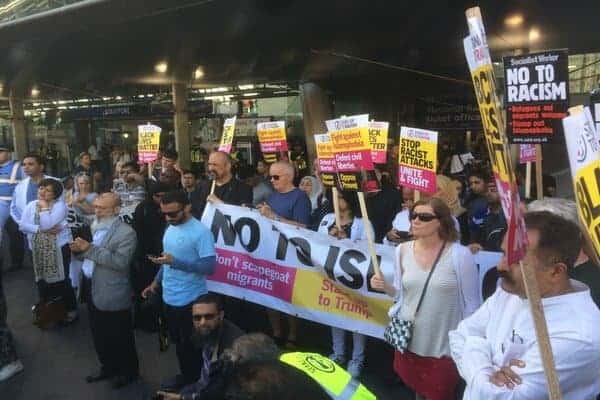