This article is over 10 years, 7 months old
Activists plan to bring the spirit of the US and Spanish demos to Britain this Saturday.
Downloading PDF. Please wait...
Tuesday 11 October 2011

Activists plan to bring the spirit of the US and Spanish demos to Britain this Saturday.

They intend to set up an occupation focused on the London Stock Exchange.

15 October is an international day of solidarity with the “indignados” (outraged) movement that began in Spain this year and inspired the US occupations.

Protesters held a general assembly during a protest against the Tories’ NHS bill (see Thousands block Westminster Bridge to defend the NHS). Many backed the 30 November strikes.

“These occupations are a great idea,” said Rachel Eborall, an east London health worker in the Unison union.

“They have the spirit of anti-capitalism about them.”

Go to www.occupylondon.org.uk for details 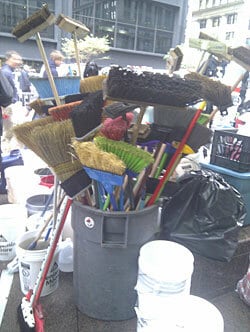 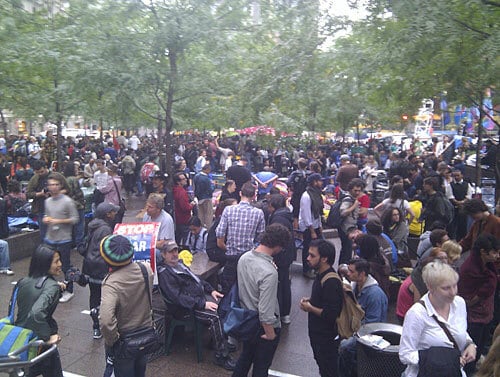