The fact that many food additives are very harmful has been public knowledge for over 30 years. Two decades ago the disclosure that the red dye ponceau 4R caused allergic reactions such as skin rashes and hyperactivity led to its removal from brands such as Ribena and Smarties.

But the food industry fought back, and this month’s scare over food additives is only one of many – as these dangerous chemicals have remained legal for use in food.

This was described by the Guardian as “an embarrassment” to the Food Standards Agency (FSA), which approved the use of the following chemicals, well known for their adverse effects on many children: sunset yellow (E110), quinoline yellow (E104), carmoisine (E122), allura red (E129), tartrazine (E102) ponceau 4R (E124), and sodium benzoate (E211).

All but sodium benzoate, an antibacterial preservative, are colours with natural replacements available. The purity of the chemicals involved is controlled for industrial use but not for their use in foods.

The issue now is connected with the scapegoating of young people – the FSA’s response to the University of Southampton report which was the basis for the recent newspaper scares was called “Hyperactivity And Colours: Advice To Parents”.

The FSA has not suggested that the additives in question should be banned. They say that additives are needed in food production and that the evidence is contradictory.

It is not true that all additives are “necessary”. Food additives such as bright colours are added to make food visually attractive in a competitive market. Preservatives are added because food is transported over long distances and stored for a long time, thus cheapening manufacture and sales costs and increasing profits.

The use of additives is much more likely in foods consumed by the poor than by the wealthy who can afford to pay for “healthy foods”.

Control by the food industry over ingredients is as complete now as it was two centuries ago in the days of the Factory Acts. In fact, the basic regulatory system over the environment of working class people has not changed substantially since the 19th century.

The bosses introduced the Factory Act and Public Health Act when they realised that unregulated capitalism was destroying the environment to such a degree that workers were dying faster than they were being born.

While a few more liberal bosses had an enlightened concern for the health of their workforce, for most it was simply a question of a fear of rising wages due to scarce labour.

Perhaps today we are seeing the start of a similar process, as modern capitalism has transformed our environment again. By providing a ready source of processed food and automating working lives it has created a very unhealthy environment.

Diabetes, obesity, and cardiovascular disease have become the big killers.

There is good reason to think that certain additives create harm well beyond hyperactivity in children – they may also play an important role in disease and mental illness in adults.

It is true that some additives are required for food production.

Nonetheless, we must demand that our government adopts the precautionary principle.

Where there is evidence for widespread ill effects, the ingredient should be banned until it is shown to be safe through government funded scientific investigation independent of the food companies.

There needs to be independent, provision of health and nutritional advice available to the public so that informed decisions can be made.

This is important as food labelling is an area where regulation tends to protect the producer from the consumer. By no means must all ingredients be listed and under some circumstances they need not be listed at all.

For example, butter can be dyed yellow by including yellow dye in cattle feed, and it does not have to be included on the label, which will indicate “pure” butter.

So the ponceau 4R, carmosine and tartrazine that were removed from children’s foods in the 1980s gradually found their way back in again.

The only way to ensure the provision of healthy food and a safe environment in the long term is for production to be controlled through bottom-up democratic planning.

In the meantime, we must demand that the additives implicated by the University of Southampton study be banned for use in foods. 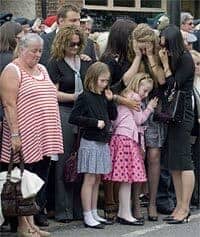