Migrant workers are not to blame for falling wages and worsening conditions at work.

That was the message coming loud and clear from a workshop on austerity and migrant workers.

Speaker after speaker attacked Tory attempts to sow division in the working class movement. Migrant workers leading struggles spoke out against the bosses.

“If they’re going to make cuts, they should start with themselves,” said Kumaran Bose, a Bfawu union member victimised out of his job at Samworths good production factory in Leicester.

“Scapegoating migrant workers is an attempt to distract from the government’s agenda,” said Bellavia Ribeiro-Addy from the Society of Black Lawyers. “Without them the economy would collapse.”

Workers from the Justice for Cleaners campaign at London’s Soas university agreed, pointing out that when they went on strike they shut the university down.

Militancy and strikes drive wages up, and migrant workers have led important struggles.

One speaker summed up the mood of the meeting when they said, “The key question is whether migrants drive down wages. No worker drives down the wages of any other worker.”

More activists and artists joined a Love Music Hate Racism (LMHR) workshop. Mass movements against racism have also given birth to their own music.

Lola Olafisoye, Spektrum vocalist, said, “Music has always been about the struggle and I’ve always tried to do that as an artist.

“We need to bring that message of revolution through.”

Matt from Swansea said putting on an LMHR event helped build an anti-racist mood when the fascist National Front (NF) tried to march earlier this year.

Roger Huddle was a founding member of Rock Against Racism in the 1970s. “We were doing with music what we wanted to do in the world,” he said.

“That was uniting people against racism and the fascists.”

Musician Dave Randall argued that a new movement should reflect that racism has changed. “It’s not enough to just say black and white, unite and fight,” he said.

He suggested having Polish artists in light of the attack on European Union (EU).

The first LMHR event is planned in east London for the end of this month. It will take place on Saturday 29 October from 8pm at the Richmix, 35-47 Bethnal Green Road in London. 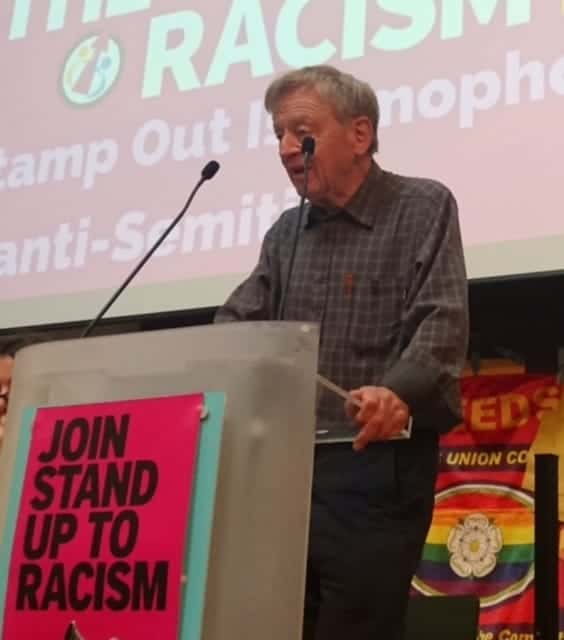 In a session for students, about 100 people split off into three discussion groups on the topics of refugees, Islamophobia and Black Lives Matter.

Fiona Edwards from the Students Assembly Against Austerity said, “We need Stand Up To Racism on every campus.”

The refugees group made plans to hold “flashmob” days of campaigning for refugees on campuses next Friday.

Meanwhile the discussion on Islamophobia talked about how to tackle the government’s racist Prevent strategy. Reporting back, Hertfordshire student Naima said, “We need to link up with other student societies, our students’ unions and our lecturers to build a force on campus”.

And the discussion on Black Lives Matter discussed ways to promote examples of black history in Britain.

Rizwan from NUS Black Students told Socialist Worker, “It’s been really interesting. Some of the stuff we talked about I already knew, but the discussion has added to my knowledge.

“We need to go back and set up regional and campus groups now. There’s no point coming together like this if we don’t go away and organise”.

A workshop on Islamophobia was so well attended that dozens had to be turned away. At least 300 squeezed in to hear speakers, including Khalil Charles from the Muslim Association of Britain.

He described how Finsbury Park Mosque was attacked by racists last year.

“The protest in support of the mosque that followed the attack was so important to us,” he said. “It demonstrates exactly the kind of unity we need to fight against racism.”

Nahella Ashraf from Manchester spoke powerfully about the way anti-Muslim racism has spread.

“Islamophobia really took off under the ‘War on Terror’ but now it’s grown massively since then,” she said.

Nahella blamed politicians and the state for a society where Muslims are treated as “second class citizens”.

“On the one hand the state accuses us Muslim women of being submissive,” she said. “But on the other hand, if we wear the hijab, we’re told we are ‘fanatics’.”

From the floor, speakers from schools, hospitals and community groups told of how they were organising against racism.

Sam, a health worker from east London, described how she’d persuaded some Muslim colleagues to help run a stall in her hospital in support of refugee rights.

“People were so glad to see us,” she said. “Management, which normally cracks down on this kind of thing, allowed us to continue.

“That’s made us bolder. Now we’ve organised for the first ever Stand Up To Racism meeting in the hospital – and we’re holding it in the canteen!

“Having a united workforce is the only way we can defend the NHS from cuts and privatisation.”

Labour Lord Alf Dubs told a session on the refugee crisis, “There are people who are drowning in the sea trying to reach safety, and how Europe responds will determine how history judges us for centuries. And I’m afraid to say it looks like we are failing.”

Speakers talked about successes in pushing back the anti-refugee agenda and new attacks on the way.

Head of the Refugee Council Maurice Wren warned that the government is about to bring legislation to discriminate against asylum seekers who make their own way to Britain.

Ulrike Schmidt from Amnesty International pointed out that the vast majority of refugees were in the poorest countries.

A refugee named Diane spoke from the floor. “You cannot imagine what it is like to be surrounded by dead bodies and bullets,” she said. “What gives this government the right to say I have to go back?

“I am going to keep fighting. Whether you are black or white you have the right to live in whatever country you choose.”

Labour councillor Michelline Ngongo, also a refugee, said she had been attacked three times since the EU referendum. “Is it because I am black? Is it because I am a refugee?” she asked. “And what I most want to ask is, how long are we going to accept this?”

Dubs told activists, “We are up against the media, we are up against the government, and we need to make our voices heard. Don’t just leave this conference feeling great. Leave it knowing that every one of us is going to do something – I am and so are you.” 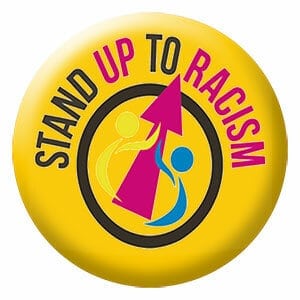 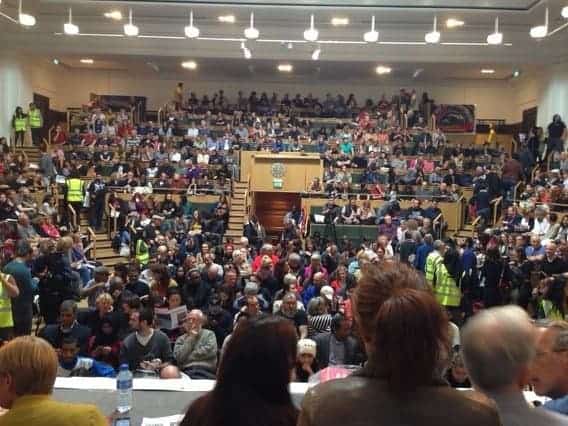 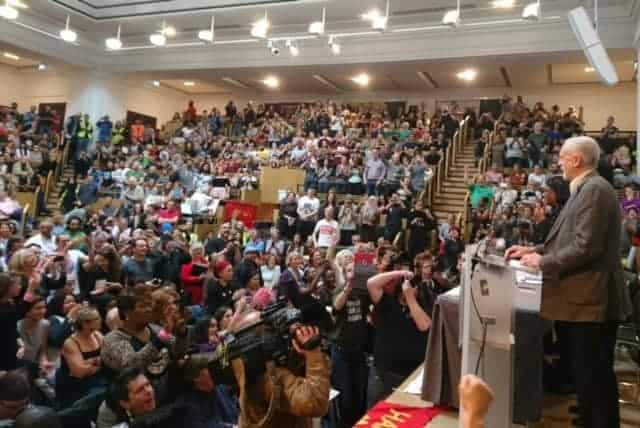 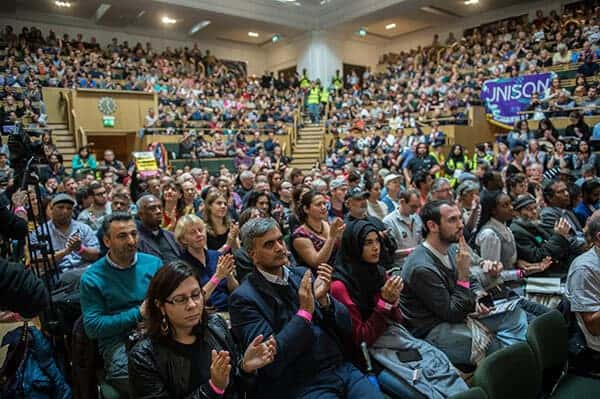