AN INDIAN company, Cipla, produces essential drugs at one twentieth to one fiftieth the price paid in the US. Cipla’s asthma inhaler costs $1, although even this is beyond many Indians as the health budget averages $10 a year per person. But in the US this inhaler would cost 27 times that amount. Cipla’s turnover is $200 million. At US prices its turnover would be $4 billion. The big companies call firms like Cipla “pirates” and are threatening legal action.

British company Glaxo Wellcome is blocking plans by Cipla to sell a discounted version of its AIDS medicine Combivir to the West African country of Ghana. In Brazil the government is defiantly producing cheap AIDS drugs. Now 1,000 AIDS patients in Brazil are being treated for the price of treating only 228 patients in Uganda. But this could end in 2005, when the World Trade Organisation’s patenting rules come into effect.

These will ban any drugs developed by the “big five” being produced cheaply anywhere in the world for a 20-year period.

Only Senegal has so far been offered “cheap” drugs. Just 900 patients will benefit from this “gift”. Every desperate country that signs up to the deal for a limited amount of discounted or free drugs has to promise it will only allow in the big firms’ drugs.

Agreements signed by Senegal, Uganda, Congo and South Africa mean they cannot produce their own “generic” version of AIDS drugs at a much lower price. The drug firms are scared that cheap drugs may enter the Western market and undercut their huge profits. 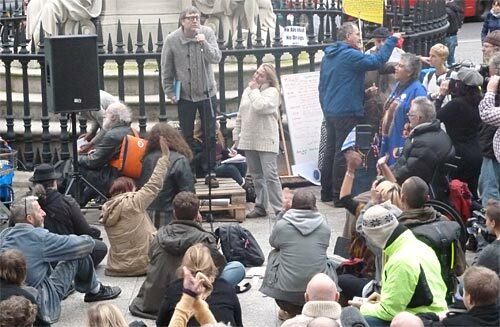