This article is over 19 years, 1 months old
WORKERS AT Britain's major airports have voted to reject their bosses' pay offer for a second time. The low paid workers are employed by the British Airport Authority (BAA). They are fuming that while the airport operator's profits have soared in the last year it is still playing Scrooge with their pay.
Downloading PDF. Please wait...
Saturday 14 December 2002

WORKERS AT Britain’s major airports have voted to reject their bosses’ pay offer for a second time. The low paid workers are employed by the British Airport Authority (BAA). They are fuming that while the airport operator’s profits have soared in the last year it is still playing Scrooge with their pay.

Strikes could now close Gatwick, Heathrow, Stansted, Southampton, Aberdeen, Glasgow and Edinburgh airports on 15 and 23 December and 2 January. BAA was forced to make a better pay offer after the 4,000-strong workforce voted for a series of strikes last month.

The strikes were suspended when the company made an improved offer but security staff, porters and firefighters have thrown out the new offer. BAA’s efforts to bully the workforce into accepting the deal backfired and left the workers even more angry.

The workers belong to the TGWU union, which is now holding more talks. Another 600 workers in the Amicus union voted to accept the new deal.

Friendly only to business

‘BUSINESS leaders have won a clear victory,’ said the Financial Times after yet another favour for big business from New Labour. New laws announced with a fanfare by the government were supposed to give workers the right to compensation from next April if their requests for flexible hours were not seriously considered.

The people who will suffer are overworked parents whose bosses reject requests for ‘family friendly’ flexible working. Unions had been demanding that workers have the right to claim compensation of up to 52 weeks pay.

But the Department of Trade and Industry has ruled that the limit will be eight weeks pay, much closer to business groups’ proposal for a four week limit.

MAJOR GAS leaks are being left uncontrolled for longer than safety limits allow by privatised gas firm Transco. Documents leaked to the Guardian newspaper this week show that the company, which runs Britain’s gas pipeline network, is repeatedly missing the two hour limit for dealing with gas leaks.

Transco failed to send engineers within the two hour limit set down for safety reasons to 95 leaks in October and to 121 leaks in September. The GMB union, which represents Transco workers, is threatening strikes, claiming the company doesn’t have enough staff to carry out work safely.

Take money and then run

SCANDAL-RIDDEN pensions company Equitable Life is making sure its bosses have a comfortable retirement even while the firm slashes payouts to pensioners. Ten after it announced pension cuts for 50,000 policy holders, it handed finance director Charles Bellringer £175,000 as a payoff. He was leaving after just six months on the board. 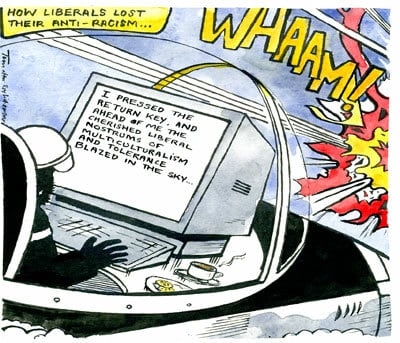