This article is over 9 years, 10 months old
Alfie Meadows and four other students will stand trial on Monday next week in Kingston Crown Court on charges of violent disorder.
Downloading PDF. Please wait...
Tuesday 20 March 2012

Alfie Meadows and four other students will stand trial on Monday next week in Kingston Crown Court on charges of violent disorder.

The charges relate to an education protest in central London on 9 December 2010.

Alfie was hit on the head with a police baton during the protest. He and had to undergo emergency brain surgery as a result.

Student protesters facing charges have won support. Campaigners across Britain have taken pictures of themselves holding signs reading “We are all Alfie Meadows—drop the charges”.

Thousands more have signed a petition in support of Alfie.

There will be a protest outside the court on Monday morning to support the defendants, all of whom deny the charges.

Cambridge university student Owen Holland has been suspended after reading out a poem during a speech by education minister David Willetts. Sign the petition to demand his reinstatement at www.bit.ly/ylJ0CD

Ten people who occupied the Fortnum & Mason luxury store in London on 26 March last year began their trials this week. The protesters, who were highlighting tax avoidance, are charged with aggravated trespass. 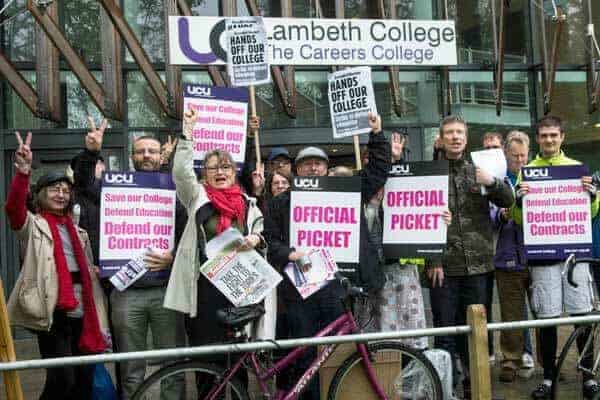 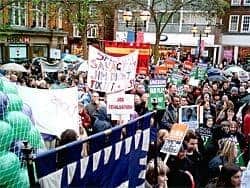