All health unions must join the junior doctors’ fight

The conference of NHS workers in the Unison union takes place next week.

The backdrop to it is a deepening NHS crisis, resistance from junior doctors and demands for action from the union’s leadership.

Unison is easily the biggest health union, but it is not doing nearly enough to fight the government’s attacks.

She told Socialist Worker, “There’s a mood to fight and people are frustrated, but the leadership is falling short. Their argument is essentially to do nothing, so it’s up to branches to pick up resistance.”

Socialist Worker supporters in Unison have pushed for the union to demand an official assurance that there will be no attack on unsocial hours payments.

If the Tories wouldn’t give it, the union could start a dispute and ballot members to join the junior doctors.

But the union leadership made clear that this would be blocked. Karen said, “We couldn’t raise what we wanted because the leadership said it would be ruled out of order.”

The North West region’s Motion 19 on unsocial hours and Mid Yorkshire Health’s Motion 11 on the pay freeze are an opportunity to put pressure on the leadership.

Hunt is determined to smash health workers’ unsocial hours pay—and other terms and conditions—to soften the NHS up for privatisation.

Hunt thought he could quickly smash the junior doctors and then take on other health workers.

But the bosses are coming for more. Motion 19 calls on the union to “resist any efforts to extend ‘normal working time’ and support other groups of health workers, such as junior doctors, in their efforts to resist such attacks.

While this isn’t going on the offensive, it can be a way of putting pressure on the leadership.

Motion 11 “resolves to campaign amongst the membership for coordinated industrial action against the 1 percent pay cap.”

The conference begins next Monday and finishes on the day of the BMA’s second walkout. It should suspend standing orders and march to join the picket lines.

Activists still need to push Unison and the other health unions to immediately ballot their members and join the fight to save the NHS.

Voting has started in the Unison union’s service groups executive (SGE) elections. This is a chance to back left candidates. 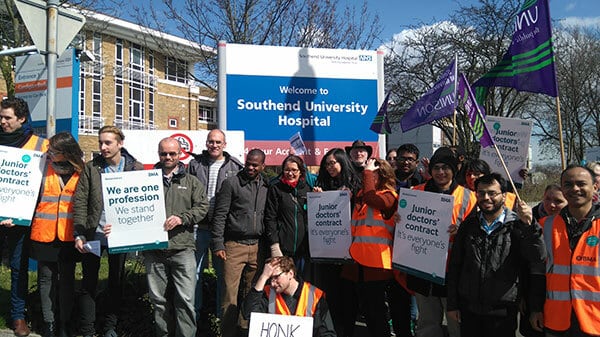 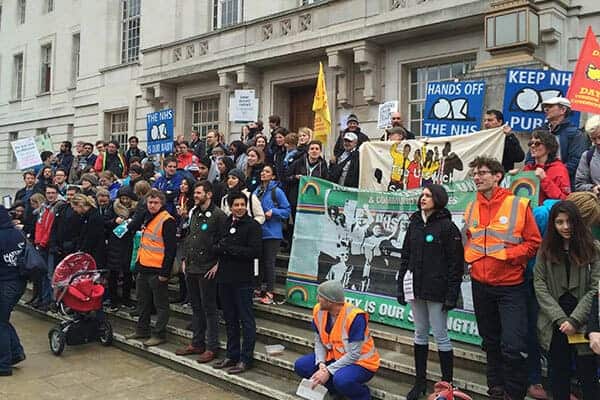 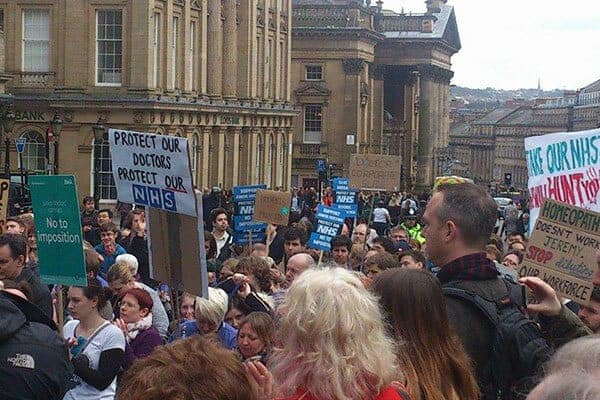