All on board with anti-Nazi bus drivers

This article is over 11 years, 9 months old
Speakers from Unite Against Fascism (UAF) have been touring union branches in the aftermath of the English Defence League (EDL) protest in Bolton last month.
Downloading PDF. Please wait...
Tuesday 30 March 2010

Speakers from Unite Against Fascism (UAF) have been touring union branches in the aftermath of the English Defence League (EDL) protest in Bolton last month.

Weyman Bennett, UAF joint secretary, spoke at the London bus workers’ conference last week. He called for bus drivers to join the campaign in Barking against the BNP.

One driver spoke from the floor about the demonstration in Bolton against the EDL and the role of the police.

The bus workers’ Unite union has now invited UAF to speak at all London garages. Every garage should contact UAF to arrange a speaker as soon as possible.

The London meeting of train drivers’ union Aslef voted to affiliate to the campaign after hearing a UAF speaker.

They then wrote to every other Aslef branch recommending affiliation—and two more signed up the next day.

Camden Unison voted to donate £200, and more than ten activists signed up to come to the Barking day of action.

Another ten signed up to come at a meeting of the East London Teachers’ Association after a discussion on Bolton.

The South Gloucestershire branch of the NUT teachers’ union unanimously passed a motion to affiliate.

It also agreed to organise a national teachers’ conference on Islamophobia, which will produce a teachers’ pack for schools across the country.

NUT conference this week will see a UAF fringe meeting launch a joint leaflet with the union.

For a full report of the bus workers’ conference CLICK HERE!!!!! 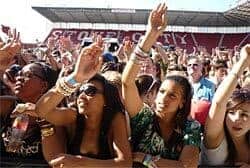