This article is over 17 years, 8 months old
OVER 30 pickets gathered at the Alstom Manchester Traincare train maintenance depot for the start of a 50-hour strike on Sunday.
By Mike Killian
Downloading PDF. Please wait...
Saturday 11 December 2004

OVER 30 pickets gathered at the Alstom Manchester Traincare train maintenance depot for the start of a 50-hour strike on Sunday.

“This is about a build-up of issues,” said Amicus union regional officer Bob Rixham.

“When Alstom wanted our members to work an extra 15 shifts a year we went into talks with them about rostering. Alstom then proposed a ‘deal’ which would have meant an extra 20 shifts a year. It’s also about staffing and the 35-hour week.”

“We got 95 percent backing from our 115 members for strikes,” said a spokesperson for Amicus pickets. “We’re very concerned about the qualifications of some managers and contract staff working during the strike.

“The Pendolino trains use electric dynamic braking as well as friction, but Alstom’s use of less skilled labour means too much reliance of friction braking, causing excess wear.”

Twenty two RMT union members also voted 98 percent for the strike. Workers were due out again for 24 hours on Friday. 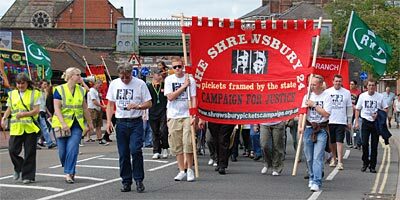 Thousands of civil service workers are set to strike 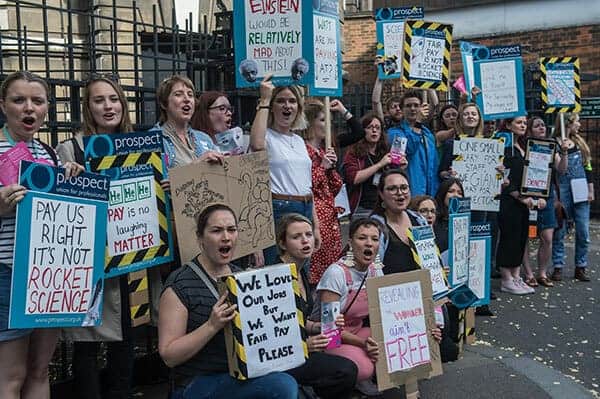