Workers at Brogan’s Cafe in Swindon were in a defiant mood as they began the second week of an indefinite strike over poor working conditions on Monday.

They are demanding the living wage of £9.30 an hour, an end to zero hours contracts, safe working equipment and union recognition.

Brogan’s Cafe fired workers after they walked out on Monday of last week, saying that it will “teach them a lesson”.

James, one of the strikers, told Socialist Worker that they had successfully closed the cafe.

“The cafe has been shut since last week and the management have just vanished,” he said.

“We haven’t heard anything, but if they reopen we will go back to picketing.”

Workers’ anger has been building up for a long period of time. “Many of us are members of the Bfawu union, but bosses won’t recognise the union,” said James.

“When they wouldn’t give us proper contracts or safe facilities that was the last straw.

“We told them that if they didn’t change things we would be walking out. And they still ignored us—so we didn’t have any other choice.”

He added, “We may have been fired, but it’s better than working somewhere where we’re not respected.

“And we’re not going to give up because of threats.”

Trade unionists in Swindon have backed the workers.

Jon Timbrell from Swindon trades council said, “The workers here are asking for some completely reasonable stuff like proper contracts and decent pay.

“It is really important that workers come out in solidarity.”

Donate to the strike fund at bit.ly/BrogansStrikeFund
Topics BFAWU 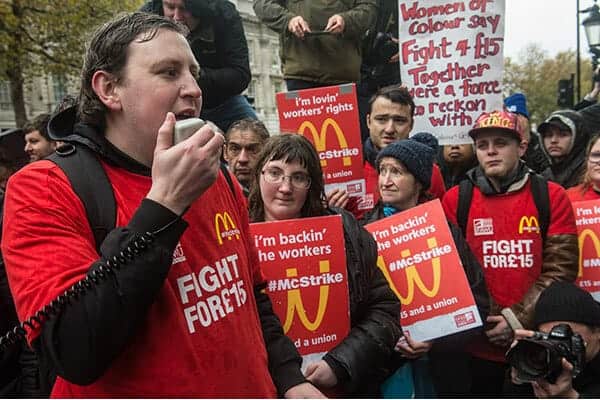