An example for everyone

An example for everyone

THE IMPORTANCE of TGWU union leader Bill Morris speaking out for refugees at the recent TUC conference cannot be underestimated. What can be achieved to defend refugees was shown by a brilliant event we held in Glasgow recently.

A public meeting a month ago brought together a few local socialists, one refugee family and a couple of trade unionists. It seemed a pretty inauspicious start, but we managed to pool our resources to organise a family fun day last week.

Local shops were visited and asked for donations. Safeway and Woolworths gave fruit juice, kids’ T-shirts and backpacks. One local caterer baked us a chocolate cake. My hospital canteen gave plastic plates, cups, bin bags, and bread for the sandwiches.

Individuals offered gifts, food and help. The Pollokshields After School Care Group provided food (lots of pakoras and bhajis!) and organised activities for the kids.

A cash and carry gave soft drinks and crisps by the ton. Local actors contacted their Equity union branch and got us Brian, a magician and children’s entertainer. His show really made the afternoon.

Language problems were swept aside in the fun of it all. Donations of money from Pollokshaws Community Council, a TGWU branch, and a local GP, amongst others, covered the costs.

Flats in the area were leafleted and the tenants association offered their hall. Local politicians were contacted and Scottish National Party and Labour Party representatives came.

Mohammed Sarwar, the local Labour MP, spoke of the inequity of the voucher system and the importance of treating everybody equally. Finally the gifts and toys collected from workplaces and friends were handed out and everyone went home with a smile on their face.

It felt fantastic to have created such a welcome and to start to break down the barriers. Everyone can do the same as us in their area.

WE HAD an example here in Leicester recently about how a group of workers can take on management and win. Workers at Trelleborg polymer engineering were finally pushed too far by the re-emergence of old fashioned restrictive management practices.

They were threatened with a smoking ban and other attacks. The final straw was the company’s sob story of not making enough profits to pay three months back pay of a paltry 3 percent wage increase.

Both white collar staff unions, the MSF and ACTSS, had agreed to this, but workers in the TGWU union were spoiling for a fight. Some 85 percent voted for all-out strike action, and at the end of August there was 100 percent support for a 24-hour strike.

The company management were shocked by the workers’ solidarity, and capitulated. The workers won their back pay. This should be an example to workers everywhere that action gets results.

You correctly point out that, unlike in France, the UK action is run by a very reactionary grouping of small businessmen supported by all the right wing pillars of society.

They are hardly campaigning for increased income tax and better benefits. So why do you complain at the Guardian, for example, for opposing the action? Do you want the tanker drivers to cross the picket lines and break this employers’ campaign? Or do you want to get revenge on New Labour and the union leaders for their drift to the right?

Are you hoping that even a victory by these small businessmen will somehow make up for the lack of militancy amongst working people?

But Kevin Ovenden (Socialist Worker, 23 September) was way off when he said the media had condemned the protesters for holding the country to ransom.

I have never known a group of protesters treated with such respect by the media or the police. They wanted the protests to end, but no doubt because of the dangerous message they send out to workers.

But this is not a black and white issue. Extreme right wingers have now jumped on the bandwagon.

The blockaders should be reminded that many of them had “the gravy” under Mrs Thatcher in the 1980s. Many hauliers moved imported coal to break the miners’ struggle to defend their livelihoods in 1984-5.

How many farmers helped out the miners, steel workers, printers and dockers when they were trying to defend jobs against much fiercer policing? By all means defend the livelihood of farming families and road hauliers.

However, this must be done by nationalisation.

The ruling class will always respond sympathetically to protests like those over fuel, regardless of their size, because they are organised by the same class. Working class protesters, on the other hand, be they trade unionists in dispute or not, are always regarded as a threat.

Apart from the obvious fact that many people are hostile to the way that the government rips us all off, it puts Blair under enormous pressure. Yet the trade union leadership criticised the protests!

They could have argued that it shows what collective action can do. They could also have connected it to all the other rotten policies that Blair has foisted upon us.

Of course there is one very easy way to prevent a repeat of the trouble-cut the price of fuel! As a lifelong Labour man I find the protesters an odd bunch. But the government should stop wasting money on things like European fighter planes and address the problem of fuel prices.

HAVING BEEN overwhelmed with all your e-mails and letters, I felt I had to write and express my heartfelt thanks to you all for your support. Following the recent fax protest, the prison governor has now allowed me back onto normal location.

Without all your combined efforts I would still be languishing in the prison’s segregation unit. The ongoing ritual of abuse and the countless indignities that I’ve had to endure yet again demonstrate the total lack of concern shown by the prison authorities.

I would ask you all to continue to support me in my fight for freedom. Sustained pressure is the only way the system is going to acknowledge and accept that a grave miscarriage of justice has occurred.

I AM writing to ask readers to join the Baby Milk Action Campaign against Nestl and not buy any products sold by Nestl.

Nestl gives samples of baby powder milk to mothers in the Third World. This often kills the babies because the water used to make up the milk is often infected.

I have given up all Nestl products and don’t find it difficult.

THE TWO Cambridge charity workers jailed earlier this year for their work with homeless drug users now have a date for their appeal. It will begin on 1 December.

Ruth and John were jailed because some people they worked with at the Wintercomfort day centre had been secretly dealing drugs. They were sentenced under Section Eight of the 1971 Misuse of Drugs Act. This was intended to prosecute criminals who knowingly allow their premises to be used for drug dealing.

The Cambridge Two Campaign has launched a petition calling on the Home Office to rewrite that part of the law to ensure that no other charity workers have to go through similar misery.

NICK JOINED Southampton SWP branch to become our youngest member at 15, full of enthusiasm to change the world.

In the short time he was with us he made a great impact on branch discussions with his contributions and on Socialist Worker sales. We looked forward to him becoming fully integrated into branch activity.

However, the pressures of a system that distorts our whole way of life became too much for him to bear. It is a sad loss for us, his parents and friends, and our sympathies go out to them. 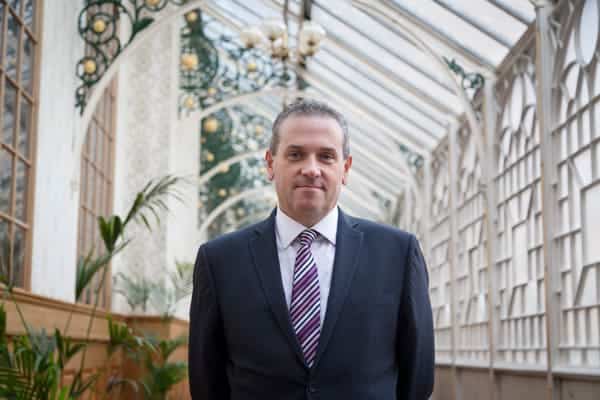 Call for strikes at housing firm 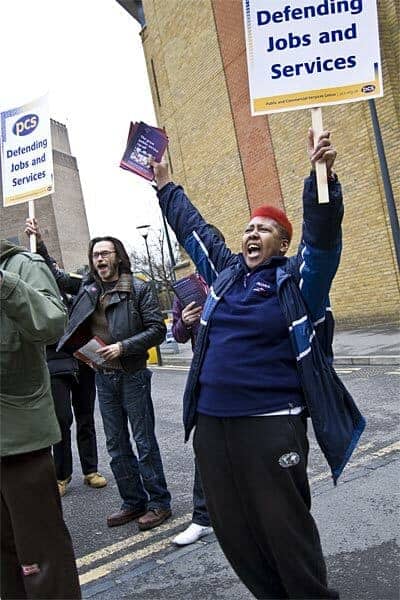 Pictures from the PCS strike