Analysis: Ellesmere Port deal is no model for workers

This article is over 10 years, 2 months old
Simon Basketter takes a closer look at a deal widely touted as a victory for car workers
Downloading PDF. Please wait...
Tuesday 22 May 2012

The announcement that car production would continue on Ellesmere Port was greeted with a media and political unity usually reserved for royal jubilees.

The Telegraph hailed the deal agreed by unions and bosses as “a model for Britain”.

The Daily Mail crowed that “American bosses at Vauxhall’s US parent company General Motors (GM) judged that British workers are more flexible, competitive and efficient—and less militant—than their counterparts in Germany, where a car factory is to be closed with the loss of thousands of jobs”.

David Cameron chipped in too. “This has been a real team effort with the government, the company, unions and workers all focused on keeping production in the UK,” he said.

And Vauxhall itself announced that “the plant will implement a number of creative operating solutions to improve flexibility”.

The plan is simple. When cars are selling well workers will work more—including overnight, at weekends and through the traditional summer holiday. But when sales are down, the workers go home.

Under the deal, agreed with the Unite union, Vauxhall will increase the number of shifts at the plant from two to three.

Weekend working will no longer be treated as overtime. And an increase in temporary workers will make that possible.

Concessions that workers made in 2009—a pay freeze and cuts to holiday and Christmas pay—stay in place.

A Unite spokesperson said “the extra shift gives added flexibility and there will be some Saturday working as well. After the pay pause ends, the union has agreed a pay rise of RPI plus 1 percent.”

This is sugaring the pill somewhat for what will have become a five-year pay freeze.

If workers take a pay cut to “save jobs”, it can seem to benefit everyone. But what’s really happened here is that the boss has increased the exploitation of workers.

Jobs haven’t been saved. They have been cut—in Germany rather than here.

In the car industry there has always been the danger of falling for what used to be called “whipsawing”—the playing off of cuts or threatened closures of plants against one another. And the unions just fell for it.

In January GM announced plans to reduce production in Europe. But they didn’t say where the axe would fall.

They then sat and watched while unions across Europe offered the company attacks on working conditions.

When enough concessions weren’t on the table a GM policy paper called “Global Assembly Footprint” was conveniently leaked to the press.

It stated the Bochum factory in Germany and Ellesmere Port would both close—and that half of European production would be moved outside of Europe.

The leaked paper focused minds—but not in a good way. Once again thousands of job cuts and wage cuts have been accepted by unions in the motor industry on the basis of supposedly “securing the plant”.

GM almost collapsed in 2009. Since then it has introduced brutal forms of exploitation in its US factories.

The company has slashed 31,000 jobs in the last three years. Wages have been cut by almost half for new workers. Pension and health plans have been abolished.

Before the deal agreed with US unions, production costs in the US were comparable to those in Europe.

Now GM’s US costs are cheaper by about £1,000 per car. Now they want unions to back cuts in Europe.

Workers at Ellesmere Port voted in favour of the deal. This is entirely understandable as they were told—by bosses and also by the union—that they had to choose between pay cuts or job cuts.

The repeated refusal of the unions in the motor industry to fight against cuts has not stopped attacks. It has made a fightback harder to organise.

For over 30 years car workers have given concession after concession to bosses in the name of “flexibility”.

The result is ever more cars produced by ever fewer workers on ever worse conditions.

Helping the bosses implement their cuts doesn’t save jobs. It’s time to try the alternative—resisting the bosses’ attacks. 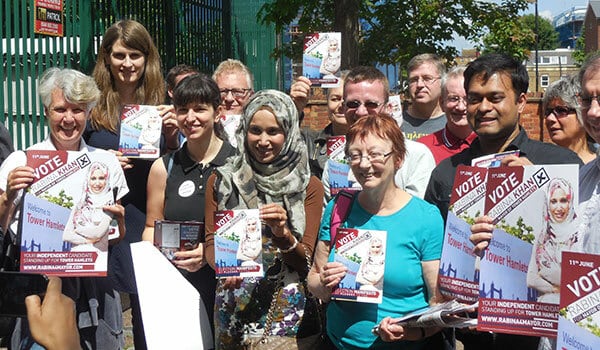 Media ignores the suffering in Palestine