This article is over 13 years, 2 months old
Up to 100 sacked workers from Visteon in Basildon, Essex, protested outside the Visteon Customer and Technology Centre (VCTC) this morning.
Downloading PDF. Please wait...
Thursday 02 April 2009

Up to 100 sacked workers from Visteon in Basildon, Essex, protested outside the Visteon Customer and Technology Centre (VCTC) this morning.

In an impressive show of solidarity, a handful of the office staff at VCTC walked out to join the sacked workers.

A Securicor driver also refused to cross past the demonstration to make a delivery, turned around and left to cheers. A group of workers from other unions across Essex was also warmly received when it joined the protest to offer support.

The sacked workers are still shocked and angry at the way the company has treated them – in many cases rewarding years of hard work with less than five minutes notice that their jobs were no more.

They are determined to win some decent redundancy. The majority of the workforce are ex-Ford workers, producing products for Ford, and on contracts that were supposed to mirror Ford contracts. That means Ford should step in to offer decent redundancy, workers say.

Several workers also still carry their factory ID cards – which all have Ford logos on them. Graham Thomas worked for Ford and then Visteon for 25 years. He told Socialist Worker, ‘We know that if we’re going to get anything we’ll have to fight for it.

‘Over the years we’ve given a lot of ground, maybe too much. We’ve even bought our own tools on occasion, just to help the company. And this is how they repay us.’

There was a lot of discussion on the protest about what to do next and about what was happening at Visteon’s Enfield and Belfast sites.

Some Basildon workers felt they may have made a mistake by ending the occupation of their plant while the others were still in. But they all agreed that they would carry on fighting.

Many are still reeling from the shock of losing their jobs. One worker talked about how hard it was telling his kids that he’d lost his job. Another said that his seven year old daughter had offered to give him some money to help him out.

Others pointed out that they were sacked the same week as the G20 summit happened. ‘While Gordon Brown was living it up with the G20, we were losing our jobs,’ said Tony Middleditch.

‘Brown says he has a big plan to save the world – but how about a plan to save manufacturing and to safeguard our jobs?’

report by Esme Choonara in Basildon 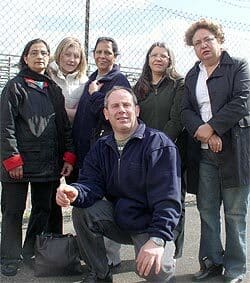 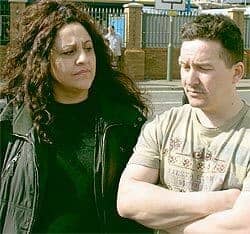