Unison union members in the London Fire Brigade are to hold a consultative ballot on strike action against job cuts.

The GMB union may also ballot its members in the brigade for strike action.

The new Tory administration on the fire authority is threatening to cut up to 90 jobs, with 33 workers facing compulsory redundancy.

Staff were shocked and angry to be called in by line managers and given letters telling them their jobs are to be cut.

They were then told to go home with no warning and no trade union consultation.

This is in breach of employment law and local agreements. Three of those threatened with the sack are Unison reps.

Although most of the job losses are among fire and rescue staff with only 20 operational posts under threat, the cuts represent a major attack on the service. There is a possibility of more cuts in 2010 and 2011.

Brian Coleman, Tory chair of the authority, has provoked anger with his arrogant comments about the Brigade Museum, which he plans to close.

He said, “Once you have seen one fire helmet you’ve seen them all.”

Fire Brigades Union (FBU) regional secretary Joe MacVeigh says, “London’s firefighters regard these comments as an insult to our 150 years of sacrifice in which hundreds of us have lost our lives.”

The cuts also show a major weakening of the brigade’s commitment to equality.

The Equality and Diversity team is to be cut by half.

Some 34 percent of those threatened with redundancy are black or members of an ethnic minority and 66 percent are women – in an overwhelmingly white and male-dominated service.

Other sections facing cuts include training, human resources, the library and the mailroom.

These cuts will increase the workload for staff on stations that should be concentrating on fighting fires.

The FBU’s London regional committee has agreed to support the lobby and send a delegation with the FBU banner.

Unison has approached other unions in the Greater London Authority, of which the London Fire Brigade is part, with the proposal of a joint rally against cuts. 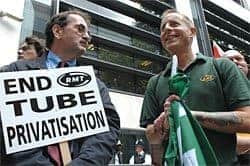 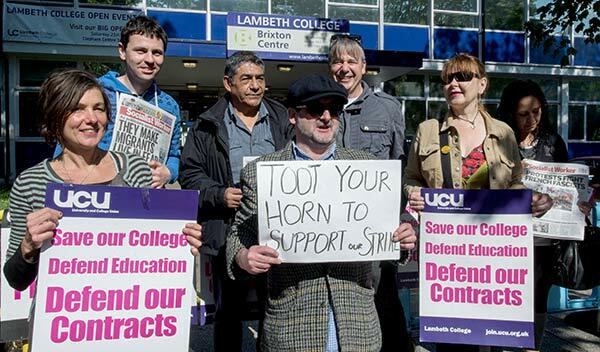