This article is over 9 years, 1 months old
Around 500 people tried to make themselves heard at a public consultation on the closure of Lewisham A&E in south London on Tuesday of last week.
Downloading PDF. Please wait...
Tuesday 11 December 2012

Around 500 people tried to make themselves heard at a public consultation on the closure of Lewisham A&E in south London on Tuesday of last week.

The crowd came to question Matthew Kershaw, administrator of the South London Healthcare Trust and architect of plans to slash Lewisham’s healthcare services. The venue was far too small. Yet the crowd’s chants of “Kershaw out” could be heard inside.

Many people in the audience felt they were not being listened to at all. One woman shouted, “It’s not a consultation—it’s something for yourselves.”

The administrator and his team had to be escorted by police through the crowd and into their cars.

Manchester march to defend the NHS

Around 400 people marched in Manchester last Saturday against health service cuts and job losses. Ian Hodson, president of bakers’ union Bfawu, said, “It’s our health service and we’re not giving it up.”

Save Manchester Passenger Transport campaign lobbied parliament on Monday of this week against the transfer of the NHS service to Arriva Transport’s Ambuline. Driver Dave Ward said, “This has the potential to cost lives.”

Yorkshire talks off after victimisation

Talks to end a dispute at Mid Yorkshire hospital NHS Trust were interrupted after bosses tried to victimise a striker last week. Bosses called the striker to attend an investigation.

The strike committee has said it will not return to talks until management stop this attempt at victimisation. 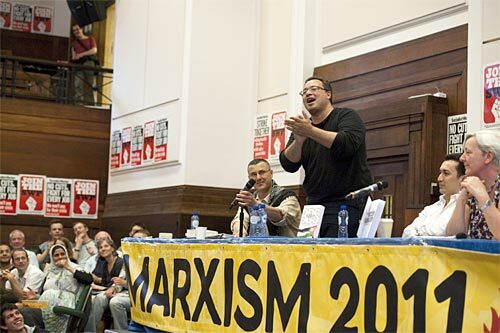 Fury at Blair as 100,000 take to the streets over Lebanon 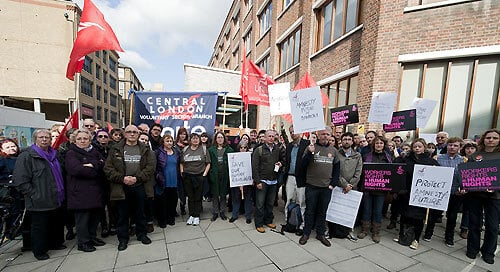 Striking Amnesty UK workers hit out at their bosses' hypocrisy