Anna Climbie: What lies behind this tragic death

This article is over 21 years, 0 months old
The death of Anna Climbie has shocked people across the country. Eight year old Anna died after horrendous abuse at the hands of her two \"carers\", Marie Kouao and Carl Manning, who were convicted last week for Anna's murder.
Downloading PDF. Please wait...
Saturday 20 January 2001

The death of Anna Climbie has shocked people across the country. Eight year old Anna died after horrendous abuse at the hands of her two ‘carers’, Marie Kouao and Carl Manning, who were convicted last week for Anna’s murder.

‘How could this happen?’ has been the question asked by millions of people. Explanations in the press have ranged from the ‘pure evil’ of Anna’s killers to the ‘incompetence’ of social workers and health workers. Institutional failures inside and between the different agencies charged with child protection have also been blamed.

Anyone who has read or heard details of the case will agree that there was a catalogue of shocking blunders. But those mistakes cannot be understood in isolation, as simply the failure of individuals, or of particular hospitals or council departments. They can only begin to be understood against the background of years of underfunding which created the conditions in which such terrible mistakes happened.

The social worker in charge of Anna’s case should never have been in the position she was put in. She was a relatively newly qualified worker, with less than two years experience.

She had 18 cases to deal with. That is 50 percent higher than the maximum recommended by the Haringey social services department in north London where she worked. Each one of those cases would involve complex and difficult situations. As an experienced social worker told Socialist Worker, ‘Even 12 cases for a relatively inexperienced social worker is simply mad, let alone 18. When I started you had only six cases. You weren’t allowed to take any child protection cases without further intensive training. That’s gone out of the window. Worse still is the lack of supervision in this case. I read that the social worker hadn’t been supervised for months. If that’s true it is shocking. Supervision, if it works properly, is supposed to be quality support. You discuss your case in detail and regularly with a more senior person, and they effectively tell you what to do. When I started you got supervised like this every week, and it was never less than once every two or three weeks. Now people are left without the guidance and support they need.’

That explains why someone could make the elementary blunder, based on ignorance, of refusing to go into Anna’s flat because they were told she had scabies. There is no real danger of catching the disease in that way, as any proper supervision would have quickly made clear.

Workers in the department had raised the lack of proper support for the social worker in this case, but nothing had been done. Behind such immediate issues lie the effects of years of cuts in social and health services.

Anna spoke mainly French, with little English. Yet cuts meant that no proper interpreter was provided. Haringey used to have specialist services to support families. Yet the Tottenham Family Centre has been shut. The Family Counselling and Support Team, a specialist social service team whose aim was to do preventative work, has also been closed down.

The scale of cuts has had a devastating effect on social work departments across Britain. The resulting demoralisation has led to many experienced social workers leaving their jobs.

Huge staff shortages, high staff turnover, lack of training and supervision, and the use of agency workers have mushroomed. Nationally there are vacancy rates of 15 percent for full time social workers dealing with children and families. In some London boroughs the figure is as high as 40 percent.

Decisions that should be based on people’s needs have become driven by budget constraints. One social worker in Haringey explained: ‘The scale of the cutbacks means that some teams are operating with over 50 percent agency workers. ‘I am an agency worker and we work extremely hard. But constant changes of staff mean there is little continuity of care. That can be dangerous in some cases.’

An experienced senior social worker told Socialist Worker: ‘If you really want to begin to tackle tragedies like Anna’s you should halve social workers’ caseload, give the quality support and training needed, and put in the resources to deliver the services people need. More fundamentally, the whole approach of social work is a problem given the situation in society. At best it is like putting a plaster on gangrene, and at worst simply policing. Of course you can’t simply reduce an individual case directly to poverty. Life is more complex than that and there are other wider factors involved. But the number of children living in poverty has grown and grown under both the Tories and New Labour, and is now a shocking one in three.’

Unless something is done to tackle those social conditions, and unless the years of cuts are reversed and proper funding poured into social and welfare services, more tragedies like that of Anna Climbie will occur.

Children are left with no support

There have been major shifts in the approach of social workers dealing with child protection in recent years. As one experienced social worker explained,

‘In response to a series of tragedies in the 1970s, Britain developed a system that was basically punitive and focused on ‘child protection’ in isolation from other issues. You have got more and more police involvement which can be a problem sometimes. Police attitudes are about getting convictions, about ‘nicking’ people, not delivering support for children.

By the mid-1990s 47 percent of families subject to child protection procedures were getting no other support, such as nurseries or other social support services. In recent years things have shifted again. Social work is supposed to have become more supportive, with assessments of overall needs.

Although that is good, it has been done without the necessary resources. The money isn’t there to deliver quality services. Under New Labour there have been initiatives which might sound good. But the money they talk about is often illusory. There are cases of councils getting ‘extra’ money for child protection, only to find the same amount has been cut from their overall funding.’

We can beat Gove if we strike 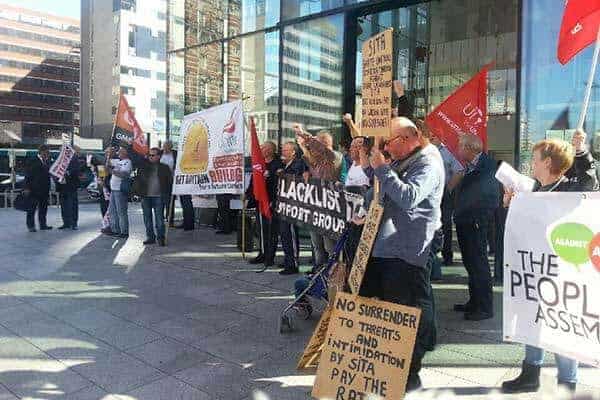