THE BOMBING of a hotel in the Macedonian village of Celopek on Sunday took the shine off claims that deploying 4,500 NATO troops in the country would bring peace.

Two Macedonian security guards were killed in the explosion, which was clearly designed to increase tension between the Macedonian majority and the Albanian minority.

The following day NATO forces, with Britain providing the largest contingent, began setting up collection points for Albanian rebel forces to hand in weapons. A step towards peace? No-a desperate gesture by the West, which shows every sign of backfiring and, more to the point, heaping further misery on the people of the Balkans.

Senior figures in NATO and in Western governments are already saying the operation risks drawing them into all-out war. The death of a British soldier on Monday will have increased their fears, Only a handful of NATO countries have committed troops, with the gung-ho British government rather than the US taking the lead role.

NATO’s commander in Macedonia, Danish general Gunnar Lange, announced on Sunday that his forces aimed to collect 3,300 weapons over the next 30 days.

The idea that this is a serious move towards demilitarising the conflict between Albanian guerrillas and the Macedonian state is laughable. Some 1.5 million rifles and handguns were released from arsenals in Albania, which borders Macedonia, after an uprising in 1996.

NATO itself added to the sea of weapons by arming Albanian guerrilla fighters in the Kosovo Liberation Army during the war against Serbia two years ago. Many of them went on to fight in Macedonia.

And that conflict, which erupted earlier this year, is the bitter fruit of the West’s intervention in the region, as Greek socialist Panos Gaganas writes in the latest issue of Socialist Review. The main NATO state in the Balkans is Greece.

After the break-up of Yugoslavia in the early 1990s Greece tried to turn the former Yugoslav republic of Macedonia into a protectorate. Economic sanctions hurled the country into even deeper poverty. That suffering continues to this day. It has provided fertile ground for ethnic strife between Macedonians and the Albanian 30 percent of the population, who already faced official discrimination.

Economic “aid” from the West and its agencies has been geared to allowing multinational corporations to grab key parts of the Macedonian economy. NATO’s war over Kosovo poured more fuel on the fire. It sided with the Albanian guerrillas of the Kosovo Liberation Army. That encouraged their offshoot in Macedonia to launch a war in the hope of winning NATO support for the partition of the country. The Macedonian government is an ally of the West. So NATO faces a dilemma. It cannot round on the Albanian guerrillas in Macedonia because there are 40,000 NATO troops in Kosovo who would become vulnerable to attacks by the Albanian population there.

It cannot throw its weight behind those guerrillas either. That would lead to the partition of Macedonia and a frantic scramble between Greece, Bulgaria, Serbia, Albania and Turkey to carve out chunks of the country. Trying to avoid that has been the sole consistent feature of Western intervention in the Balkans over the last decade. Meanwhile, the entrenched NATO presence in the region fans the flames of instability and war.

Kosovo is riddled with gangsterism, has seen more “ethnic cleansing” with the expulsion of most Serbs and other minorities, and is run by a 19th century style colonial administration.

The same is true of Bosnia. Albania has a government to call its own, but not much else.

The most pro-Western member of the new Serbian government, Zoran Djindjic, is also most closely linked to the old corruption that flourished under Milosevic. Now NATO’s presence in Macedonia is intensifying nationalist division. It leads the Albanian guerrillas to believe that they can gain the West’s favours by attacking Macedonians.

In response, ordinary Macedonians can be conned into believing that attacking Albanians is the way to resist domination by the NATO powers. The outcome risks being the horror of a Bosnian-style civil war. Fortunately Albanians and Macedonians are still living peacefully alongside one another in parts of Skopje and other towns.

But every day that NATO forces remain in Macedonia and the Balkans tilts the balance against the people there who can bring peace. 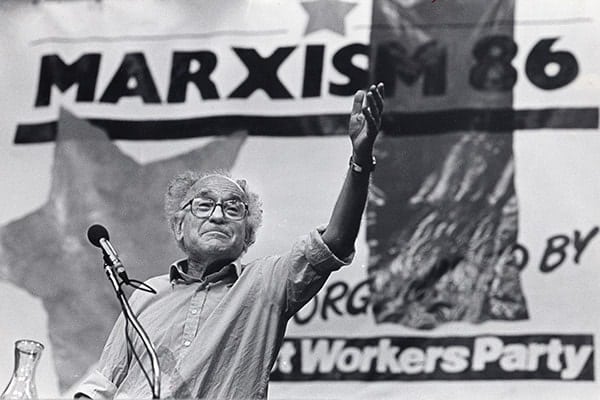 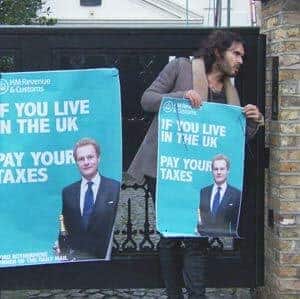 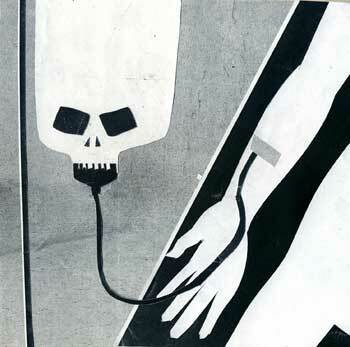