This article is over 11 years, 3 months old
A new left wing electoral coalition is fighting for a seat on the Glasgow List for the Scottish Parliament in the election on 5 May.
By Jimmy Ross
Downloading PDF. Please wait...
Tuesday 29 March 2011

A new left wing electoral coalition is fighting for a seat on the Glasgow List for the Scottish Parliament in the election on 5 May.

George Galloway—Coalition Against Cuts had its press launch in Glasgow on Thursday 24 March in Glasgow.

The coalition brings together the former Respect MP with members of Solidarity, trade unionists, community campaigners and student activists.

The main aims of the campaign will be to highlight the fight against the cuts and to encourage mass resistance to them.

George, who is heading the list, said, ‘We’ll make the argument that there’s no need for these cuts, that these cuts flow from a deliberately exaggerated picture that’s drawn of the country’s financial state.

‘Secondly, that in so far as reductions in expenditure need to be made, they should be made not in the services of already impoverished people, but in the waste of war and tax avoidance.’

‘You only have to look at the life expectancy in the poorer parts of Glasgow and look at the hopelessness that exists amongst young unemployed people in Glasgow to know that Glasgow hasn’t flourished in the devolution era.’

“If [the voters] want somebody to let the parliament and the political class know that they’re here, that they have rights and demands and complaints, then they will vote for us.’

Also represented on the list are student activists, young workers and pensioners.

The coalition will be holding its election launch rally on Wednesday 6 April at 7.15pm in The Winter Gardens, The People’s Palace, Glasgow Green 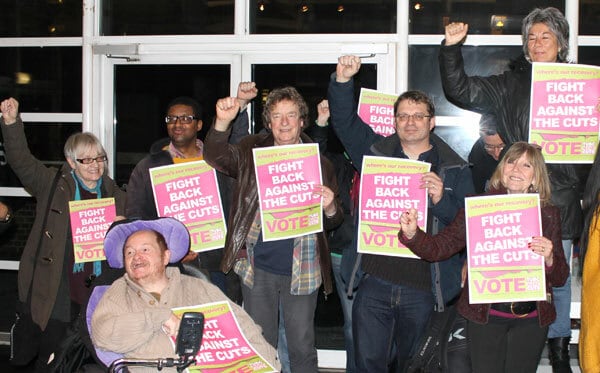 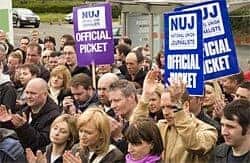 Rosemary Byrne: gearing up to offer a socialist alternative