Delegates voted unanimously for a motion and amendment that welcomed the Unite Against Fascism initiative and resolved to support Unite’s statement and campaign. It was a sign of the desire among anti-racist groups and unions to work together against the British National Party (BNP).

Milena Biyum, vice-chair of the National Assembly against Racism, said, ‘We must not underestimate the importance of responding to the real threat. The BNP is a national threat. We have entered national level talks with organisations and trade unions to campaign against them.

‘We urge every single one of you to individually affiliate and to ensure your organisations affiliate too. For the first time we are working together with the Anti Nazi League. There have been divisions over the last ten years. They have weakened us. We are pleased to have come together on a common platform.’

Sabby Dhalu, who is a National Assembly Against Racism member and the joint secretary of Unite Against Fascism, added, ‘The BNP are the biggest challenge we face in recent history. To do this effectively we need to mobilise all opposition to the BNP and use the vote. The CWU union has already given money and urged local branches to affiliate to the campaign. We urge other unions to do the same.’

Other speakers echoed that spirit. Delegates voted to back the exclusion and expulsion of BNP members from trade unions.

The meeting gave an enthusiastic round of applause to Vera Kelsey, CWU branch secretary in Wolverhampton. She spoke about how 1,200 workers had walked out on strike in October after management allowed racist comments to be pinned up on the noticeboard. ‘From our actions there was a clear message-the workforce will not accept racism and bigotry,’ she said.

THE TGWU union says it will ‘take action’ over a union member who is standing for the BNP in a council by-election.

John Walker, a civil servant and TGWU member, is standing for the BNP in the by-election in Aston, North Wales, on 18 December.

TGWU general secretary Tony Woodley said, ‘I have clearly stated my view that racists have no place in the trade union movement, and my own commitment to driving them out. I urge the people of Aston to send a clear message to the BNP. They are not welcome in our communities. They do not represent working people. They should be given no room in our unions or our local authorities.’ 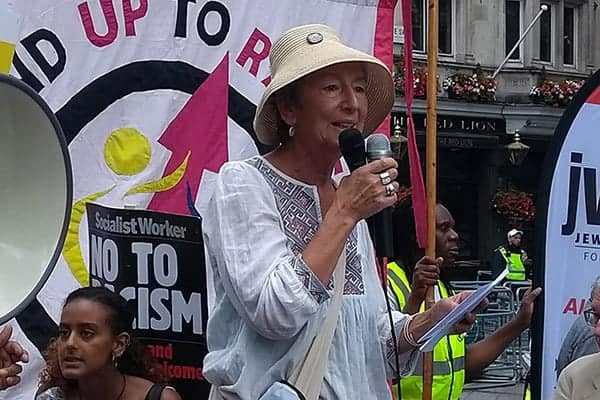 Greek vulture gets the chop 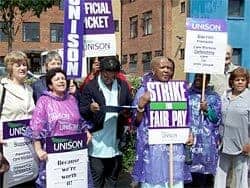 Surrey County Council workers set to walk out over pay