In a sign of the breadth and depth of the movement, there were major demonstrations in smaller towns and cities not usually known for political ­mobilisations.

Many were planned locally in a spontaneous manner, rather than by any long-established ­campaign or organisation.

Police said there were 1,500 people at the rally in Huddersfield, West Yorkshire, where protesters held a minute’s silence for George Floyd.

One speaker told the crowd, “We are sick of this racism. They say we are free but we are not.”

And in Thanet, a huge ­demonstration marched from Ramsgate Bandstand to Broadstairs where they knelt in silence for George Floyd. Campaigners there have already forced the council to cover up a plaque to blackface ­minstrel performer Uncle Mack.

A spokesperson for the People Dem Collective, who organised the march in Thanet, said, “Today was the definition of unity. The amount of people from here and ­surrounding areas, young and old and people of every colour together as one.

“It was beautiful to witness, be part of and organise. The movement will continue and we, the People Dem will create change.”

Around 1,000 people were reported to have joined a rally in Stafford. Adam Brooks, ­originally from Stafford, travelled from Birmingham to join it.

“I’m really pleased so many people have turned up,” he said. “Stafford is only a small town so it’s made me proud to see how many people care.

“It seems more and more people are fighting for the cause. It’s not just a black movement anymore.”

In Brighton around 1,000 people formed a human chain along the seafront for a silent BLM protest and then much greater numbers marched to The Level park.

James Butler from Hove was at the rally. He said, “It was amazing to see so many people come out in support of this cause.

“The idea that it isn’t enough to be non-racist, you need to be actively ­anti‑racist, really resonated with me.”

Hundreds took part in Telford. Some 600 marched in Chichester.

There were around 300 people at a rally in Barry, south Wales.

The reach of the demonstrations—and the huge numbers of people they have involved—show this is a powerful movement posing a real challenge to racist Britain.

There were major demonstrations in larger cities on Saturday too.

Up to 7,000 people joined a march in Liverpool. One speaker said the focus of the movement shouldn’t be on “pulling down statues” but on issues that affect people’s daily lives.

“What does that mean? It means investment in houses and jobs and education,” he said. “When you look around, we’re still invisible in the city centre. You don’t see black people working in Liverpool One [shopping centre]—where are we?

We’re invisible.”He added that “nothing has changed for many of us since 1981,” when there was an uprising against police racism in Liverpool.

“Hopefully for my son, by the time he’s my age he will feel free to walk the streets and be in employment without being looked at and think he’s second class,” he said.

Thousands of people “took the knee” on Wednesday of last week to protest against racism and remember George Floyd at events across Britain organised by Stand Up To Racism.

There was a fantastic turnout at protests across Greater Manchester.

People took the knee in the middle of the road outside Manchester University, stopping traffic.

In Prestwich, shops shut early to make way for hundreds of people to take the knee in a car park.

In Rusholme protesters took the knee at the plinth of a statue of Abraham Lincoln.

Some 150 people—mostly young—people formed a socially distanced line from Lancaster’s slavery memorial to a road that runs through the city centre.

In west Wales, 80 people protested in Haverfordwest, where a blue plaque to Thomas Picton, governor of Trinidad from 1797–1803 and child torturer, was removed.

Earlier in the day, some trade unionists had organised actions in their workplaces—including at Islington council and Tower Hamlets health workers in London.

In Oxford there were actions by postal workers at Royal Mail House, and by health workers outside Warneford hospital.

Big protests across London about more than brutal cops

There were several protests across London on Saturday and Sunday.

Some of them were in place of a planned mass demonstration in central London, which organisers called off to avoid clashes with Nazi counter-protesters.

Around 1,000 people gathered in Newington Green, on the border between Hackney and Islington.

The organiser of the protest, who wished to remain anonymous, told Socialist Worker that the movement was raising questions wider than the issue of police brutality.

“Over time they regenerated the area, and pumped in millions to the local shops, but they didn’t do anything to support the local estates.”

He said it was “about police brutality, and it’s about making a stand, making a change and saying that everyone in life should have fair opportunities”.

At least 1,000 people joined a “Children’s March Against Racism” in Tottenham, north London, and a further 500 at a BLM rally at nearby Alexandra Palace.

Over 1,000 people were reported at a rally in Croydon and 400 in Surbiton, both in south London.

Hundreds marched in Southwark, south London, on Sunday. Tia told Socialist Worker, “It feels like nothing has changed in 30 years. The only way to really change things is if the government enforces laws, but they don’t give a shit.”

Around 4,000 people gathered on Tuesday of last week to call for the removal of the statue of the racist and imperialist Cecil Rhodes that fronts Oriel College in central Oxford.

One of the biggest cheers came when Jabu Nala-Hartley, local activist and daughter of a former anti-apartheid trade union leader, called out capitalism for being an imperialist system of exploitation built on the blood of Africans.

“Our struggles are intertwined we are part of global capitalism unleashed by neoliberalism,” she said. 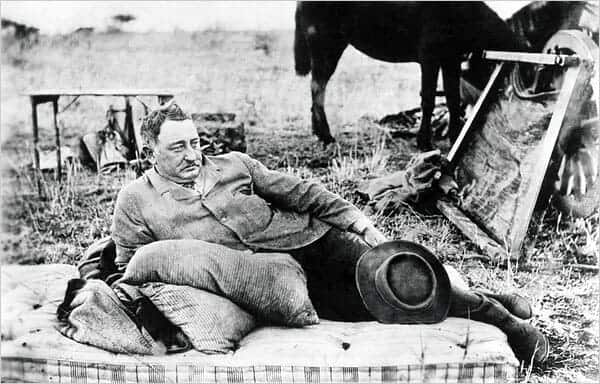 “The whole world is reiterating the old message that we are being persecuted by the police, by the system. This is an old reality,” she added.

She movingly spoke of how her son has been harassed by the police because he is black.

Buoyed by the bigger than expected turnout the protesters remained for two hours vowing to keep up the pressure on the university. Further protests are planned if there is no progress.

When one of the campaign speakers asked for those connected to the university to raise their hands, only a few did.

But in a sign of the growing movement, when she asked people who lived in Oxford to do the same, the vast majority of the crowd raised their hands. This is why the Labour dominated Oxford city council now fully backs the removal of the statue.

The original Rhodes Must Fall Campaign at Oxford University started in 2015, and was inspired by students who started a successful campaign to have his statute removed from the prestigious University of Cape Town in South Africa.

In January 2016 students at the Oxford Union, a student debating society, voted 245 to 212 in favour of having the statue removed.

Later that month Oriel College and the former Governor of Hong Kong, now Chancellor of Oxford University, Lord Patten, announced the statue would remain. This came after rich donors to the university threatened to pull £100 million of bequests if the statue was removed.

The campaign has come roaring back as part of the protests that continue to sweep the globe in solidarity with the Black Lives Matter movement.

‘They’ve done a great job with Covid-19, as you know, in the state of Oklahoma’

‘They come on every single demonstration there is’ 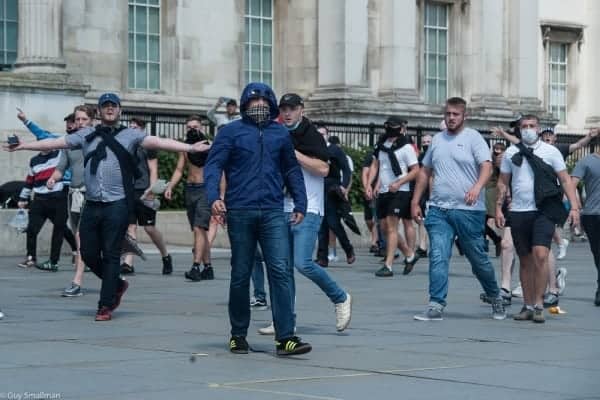 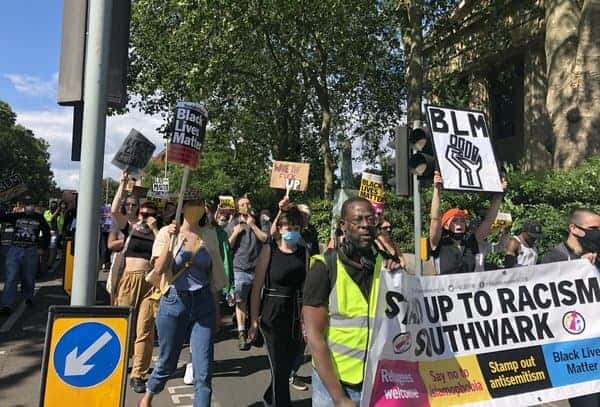