Anti-racists prepare to march in London, Glasgow and Cardiff this weekend 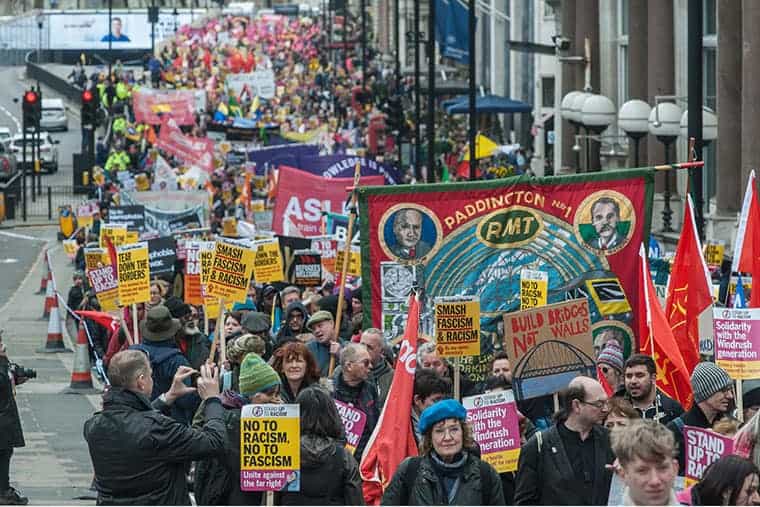 Because of the pandemic, the last time Stand Up To Racism was able to demonstrate around UN anti-racism day was March 2019 (Picture: Guy Smallman)

Thousands of people are set to march against racism in London, Glasgow and Cardiff this weekend as part of an international day of action.

Stand Up To Racism has organised demonstrations on Saturday and Sunday, backed by the TUC union federation, under the slogan World Against Racism and Fascism. They will be joined by protests across over 80 cities internationally.

SUTR co-convenor Weyman Bennett told Socialist Worker, “People should be coming out over the weekend because of the open and blatant racism of this Tory government. It’s institutionalising racism, especially against refugees. We welcome Ukrainian refugees, but we also welcome African and Muslim refugees, and those from whatever war torn place. And racism from the police everyday leads to horrific incidents.”

‘The demonstrations come after revelations of the Met’s strip search of a black 15 year-old in Hackney, east London. Weyman said, “If the police can brutalise a young black girl, it shows that after everything nothing has changed about the police.”

But Weyman said that struggles can win changes. “People’s rejection of the Sewell report, which gaslighted black people over the depth of institutional racism in Britain, sent a powerful message of black and white unity.

“When we take to the streets with trade unions, we show our power and the way to undermine racism. It’s always come down to black and white unity and strength organised by trade unions with militant anti-racists. That’s what has changed things.”

Weyman said that anti-racists “shouldn’t forget the disproportionate black deaths during the pandemic”. “The NHS was built on migrant workers who were the victims of the pandemic, and yet they’re told they can’t access free health services,” he said.

Racism and the rise of the far right is an international problem. “The political attempt by the elite to use racism doesn’t just happen here, but also in countries like Poland and Hungary,” Weyman said.“This feeds into a far right narrative. It’s bringing back Nazi politics into the heart of Europe, with figures such as Marine Le Pen in France.”

Weyman explained that racism, fascism, Islamophobia and antisemitism are all part of a strategy used by the ruling class. “But that’s why in Greece, South Africa, the US, Canada and Ireland for example there will be demonstrations putting the blame at the top,” he added.

It’s vital that as many people as possible join the mobilisations. 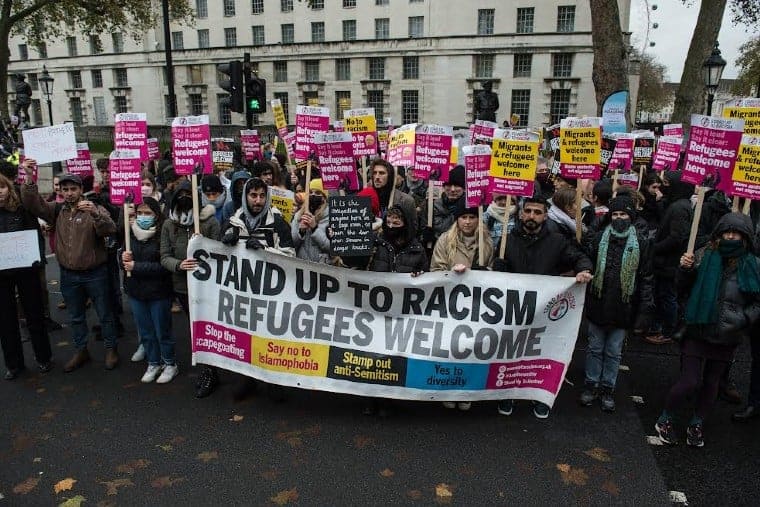