This article is over 10 years, 3 months old
Protesters occupied the road outside Downing Street for over an hour last Saturday as part of a protest at ten years of war in Afghanistan.
By Ken Olende
Downloading PDF. Please wait...
Tuesday 11 October 2011

Protesters occupied the road outside Downing Street for over an hour last Saturday as part of a protest at ten years of war in Afghanistan.

Led by peace campaigner Hetty Bower, aged 106, they had marched down from the Stop the War Coalition assembly in Trafalgar Square.

The assembly brought together some 3,000 people.

The horror of the war continues.

A United Nations report released on Monday showed that torture is rife.

It details prisoners being hung by their hands and beaten with cables, and in some cases having their genitals twisted until they lose consciousness.

He said he stood “in defiance of the propaganda and the lies in support of the so-called ‘war on terror’ of the last ten years.”

Shadia Edwards-Dashti of Student Stop the War said that she joined when she realised that “neutrality and silence” weren’t an option any more.

Mark Campbell from the UCU lecturers’ union said that unions have to be political.

He added that the most effective way to stop war is to use industrial strength.

A marquee in the square was packed for a meeting with Stop the War president Tony Benn and speeches on the revolutions sweeping the Middle East.

Iraqi socialist Sami Ramadani told Socialist Worker, “The most important lesson other people can learn from the war in Afghanistan is not to seek help from Nato.” 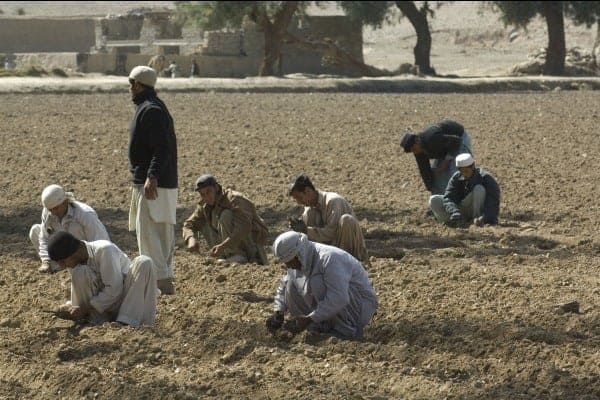