Are we heading for a double-dip recession?

This article is over 12 years, 1 months old
"The economy is still in the gravitational pull of the Great Recession. All the booster rockets for getting us beyond it are failing."
Downloading PDF. Please wait...
Tuesday 13 July 2010

“The economy is still in the gravitational pull of the Great Recession. All the booster rockets for getting us beyond it are failing.”

These are the words of Robert Reich, the US labour secretary. The fragile recovery in the US, the world’s biggest economy, is faltering.

There are eight million fewer jobs in the US than three years ago, before the crisis hit.

The risk of the world economy entering a new recession – a “double dip” – is very high.

The falls in world output and trade in the six months that followed the collapse of Lehman Brothers in October 2008 mirrored the scale of the Great Depression in the 1930s.

But government bailouts of the banking system and boosting state spending acted to restart the world economy after its heart attack and prop up demand.

This averted a 30s-style collapse, but left states with huge budget deficits. The sharp fall in tax revenues brought on by the recession itself didn’t help.

Now the spending packages are either running out, as in the US, or are being replaced with harsh austerity packages, as is the case across Europe.

Governments hope “rebuilding their finances” will insulate them from the attacks by market speculators that led to the spiralling crisis in Greece.

And they hope that, although cutting spending will hit domestic demand, they will be able to export their way out of crisis.

Yet it is impossible for every major economy to do that at the same time. Who would be buying the exports? As we have seen, in the US, often the “consumer of last resort”, sales are down.

The underlying cause of the crisis is the sustained low level of profits throughout the system since the 1970s.

Central banks, encouraged by governments, have pumped cheap credit into the world economy to ensure tendencies to recession were staved off.

The result has been a succession of financial bubbles, the latest in “sub-prime” mortgage lending.

The enormous debts built up now act as a huge drag, weighing the system down.

As Marx pointed out, capitalism can resolve a crisis by allowing surviving firms to pick up bankrupt firms for far less than their value.

A crisis also drives down the cost of raw materials and labour as wages fall, allowing more profitable production to resume.

State intervention may have held off a second Great Depression for now, but it also prevented this kind of purge of the system, stopping it restore itself to “health”.

Any new crisis would expose the remaining weaknesses inside the financial system.

French, German and British banks are heavily exposed to the southern European economies of Greece, Portugal and Spain, for example.

It is far from clear that state intervention would work a second time if a new round of massive bank bailouts is required.

Most of the ammunition has already been fired. State debts have shot up and interest rates are next to zero.

The economic downturn, with weak growth and the constant threat of a renewed plunge into recession across the system, is likely to last a long time.

But it will also be punctuated by sudden crises erupting, as in Greece, where the “double dip” is already a reality.

Such crises lead to more splits at the top of society as our rulers desperately try to find a way out.

They are having a fierce row about how fast and hard to cut spending.

Such splits in turn undermine their ideological grip over the rest of society.

The task for socialists is not to be paralysed by the crisis but to shape the resistance to it. 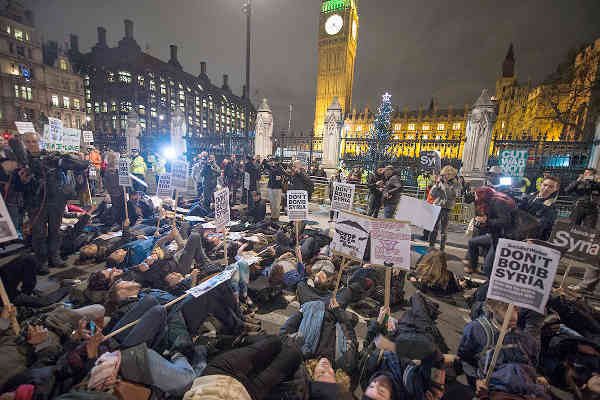 Protesters vow to fight on as Tories begin bombing Syria 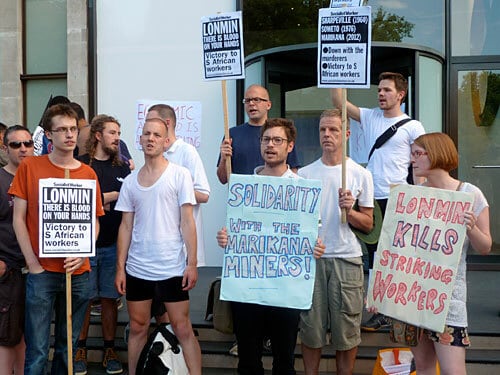