This article is over 11 years, 11 months old
The army has dropped the some significant charges against Joe Glenton, the British soldier who refused to fight in Afghanistan.
By Siân Ruddick
Downloading PDF. Please wait...
Thursday 28 January 2010

The army has dropped the some significant charges against Joe Glenton, the British soldier who refused to fight in Afghanistan.

Joe was originally charged with desertion. The army responded to his anti-war activity by adding a range of charges concerning disobeying orders and bringing the army into disrepute.

Joe had spoken to the media about his refusal to go back to Afghanistan. He then led the national anti-war march last October.

The army has dropped all these charges after pressure from his defence campaign.

However Joe still faces the charge of being absent without leave (Awol).

While this is a significant victory for Joe and the campaign to defend him, it is not the end.

Joe could still be sent to prison for going Awol. His legal team will be arguing for no custodial sentence and for all charges to be dropped.

An independent psychiatric report has certified that Joe has post-traumatic stress disorder. The army’s own report accepts that he is suffering from ‘adjustment disorder’.

In light of his current mental condition, a prison sentence would be a cruel way for the army to dish out punishment.

A date has not yet been set for Joe’s sentencing hearing, but it is due to take place by mid March.

Supporters will protest outside the court that day to support Joe and the courageous stand he has taken. 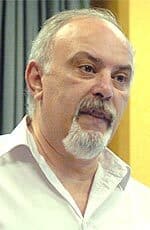 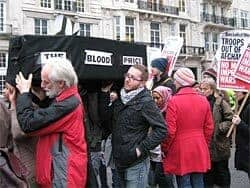