This article is over 18 years, 2 months old
US ARMY officers have been desperately organising a grubby cover-up after their slaughter of guests at a wedding party in Iraq last week. Showing astonishing arrogance and total ignorance for the culture or geography of the country his men are occupying, Major General James Mattis, commander of the 1st Marine Division, dismissed talk of a massacre, saying:
Downloading PDF. Please wait...
Thursday 27 May 2004

US ARMY officers have been desperately organising a grubby cover-up after their slaughter of guests at a wedding party in Iraq last week. Showing astonishing arrogance and total ignorance for the culture or geography of the country his men are occupying, Major General James Mattis, commander of the 1st Marine Division, dismissed talk of a massacre, saying:

“How many people go into the middle of desert to hold a wedding 80 miles from the nearest civilisation? These were more than two dozen military-aged males.” In fact it is a common occurrence in the desert areas of Iraq and neighbouring Syria.

The party from the desert village of Makr Al Deeb were fast asleep, exhausted after a day spent celebrating a wedding, when the bombing began at 3am on Wednesday of last week. By the time the bombing had stopped and the advancing US troops had finished shooting their way through the remains of the village, they had killed at least 42 innocent people.

Among the dead were 27 members of the Rakat family, who were celebrating a double family wedding. The musicians who played throughout the wedding and one of Iraq’s most popular singers, Hussein al-Ali from Ramadi, were also killed.

One of the few people to survive was Haleema Shihab. She told reporters from her hospital bed how she was sleeping in bed with her husband and children in the Rakat family villa when the bombs started to fall:

“We went out of the house and American soldiers started to shoot at us. They were shooting low on the ground and targeting us one by one.” Another witness, Dahham Harraj, said, “This was a wedding and the planes came and attacked the people at a house. Is this the democracy and freedom that Bush has brought us?”

And with yet another massacre of civilians in Iraq came the now usual torrent of lies from the occupation authorities. The US was still insisting at the start of this week that the raid was against a “suspected foreign fighter safe house”. They said foreign banknotes found were proof of the presence of foreign fighters.

But it is common to find non-Iraqi banknotes among people living on the border of the two countries. A statement even claimed that “during the operation, coalition forces came under hostile fire and close air support was provided”.

Brigadier Mark Kimmitt, deputy director of operations for the US military in Iraq, said, “We took ground fire and we returned fire. We estimate that around 40 were killed. But we operated within our rules of engagement.” The massacre at Makr Al Deeb is the most bloody of the daily attacks on Iraqis by occupation forces.

Four in five Iraqis say they want the occupation forces out. Is it any wonder after US forces bring attacks on weddings-a crime for which they are already notorious in Afghanistan-to Iraq?

‘We were committing genocide’

STAFF SERGEANT Jimmy Massey has been in the US Marines for 12 years, loyally following orders. He said this of Iraq last week: “In a month and a half my platoon and I killed more than 30 civilians.” He saw bodies being desecrated and robbed, and wounded civilians being dumped by the roadside without medical treatment.

After he told his commanding officer he felt “we were committing genocide”, he was called a “wimp”. Massey left the Marines in November. He says the reason there is an uprising in Iraq is that “we killed a lot of innocent people”.

The pro-war rabble have tried to use the burning of the bodies of four US contractors in the city of Fallujah to deflect attention from the systematic abuses conducted by the occupation forces. Massey reveals that just weeks into the occupation Iraqis “would see us debase their dead all the time.

“We would be messing around with charred bodies, kicking them out of the vehicles and sticking cigarettes in their mouths. I also saw vehicles drive over them.”

Abuse not just in Abu Ghraib

TWO MARINES were court-martialled a fortnight ago for abusing an Iraqi prisoner with electricity at Al Mahumdiya, another US-run prison in Iraq, it was disclosed at the weekend. Five more Marines have been implicated in the same early April incident.

“The Marines attached wires to a power converter and pressed the live wires against the body of the detainee to create a shock,” according to an official statement. Since March the Marines have run eight detention centres with a combined population of about 300 prisoners, including common criminals and enemy insurgents.

THE US Senate armed services committee was told by General John Abizaid last week that the military has investigated 75 cases of abuse of prisoners in Iraq and Afghanistan since late 2002. But the atrocities in Afghanistan alone dwarf that number.

Eyewitnesses have told documentary film-makers that, after the siege of Kunduz, 3,000 prisoners were forced into sealed containers and loaded onto trucks for transport to Sheberghan prison.

When the prisoners began shouting for air, US-allied Afghan soldiers fired directly into the truck, killing many of them. The rest suffered an appalling four-day journey, so thirsty they clawed at the skin of their fellow prisoners as they licked perspiration and even drank blood from open wounds.

US special forces redirected the containers carrying the living and dead into the desert and stood by as survivors were shot and buried.

OCCUPATION FORCES will be immune from prosecution by Iraqi authorities under the so called transfer of sovereignty on 30 June under a plan the US started pushing at the United Nations this week.

They are already outside Iraqi jurisdiction. The 20,000 US military contractors (usually mercenaries) in Iraq are also exempt from even military justice. Now the British army is to compound the scandal by giving soldiers a year off so they can go to Iraq and earn up to £500 a day as “private security guards”.

A MILITARY lawyer for a soldier charged in the Abu Ghraib abuse case was told that General Ricardo Sanchez and other senior military officers were aware of the torture taking place. Company commander Captain Donald Reese was prepared to testify before a military hearing in exchange for immunity, according to the lawyer.

The military prosecutor at the hearing questioned the lawyer about what Reese would say under oath: “Are you saying that Captain Reese is going to testify that General Sanchez was there and saw this going on?”

“That’s what he told me,” answered the lawyer. “I am an officer of the court, sir, and I would not lie.” A sergeant at the prison is also prepared to testify that intelligence officers told him the abuse of detainees on the cellblock was “the right thing to do”.

Attorney Paul Bergrin, who represents another of the Abu Ghraib accused, says the soldiers were simply following the lead of military intelligence officers. “There are no ifs, ands or buts,” Bergrin said. “They did order it. “They were told consistently, ‘Soften them up. Loosen them up. Look what’s happening in the field. Soldiers are dying in droves. We need more intelligence.'”

New failures in ‘war on terror’ 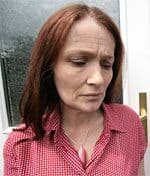