Campaigners for social housing have spoken out against attempts to blame the housing crisis on migrants and refugees.

The Tories want to create a divided society where people feel too vulnerable to fight their attacks. We’re told that house prices are going up because migrants are a drain on housing.

This is far from the truth. At any given time some 600,000 homes lie empty in the UK, around a third of these on a semi-permanent basis. The real problem is profiteering landlords.

Nicole Holgate, one of the leaders of the Butterfields Won’t Budge campaign against evictions in Walthamstow, east London, spoke to Socialist Worker.

Nicole said, “The housing crisis affects everyone because if people are evicted they aren’t going to be able to stay in their area, they’re going to have to move.

“People in my area are being told they have to move to Luton. This is not an option if you work around the corner from where you live or if your kids go to school two minutes away.

“In the eyes of the law, we’re private tenants on 12-month contracts and have almost no rights.”

Labour councils have joined with Tory-led ones in asking the government for powers to relocate people in Housing Association or council homes outside of London.

Ayeesha from the Focus E15 campaign in Newham, east London, said “They’re trying to socially cleanse London. The Housing Bill is being introduced in an attempt to sell off council homes, to introduce market level rents to social housing and to get rid of social housing altogether.”

Ukip and other parties peddle lies about how immigration is creating a crisis in housing. In 2012 Ukip leader Nigel Farage said shortages in social housing were due to migrants getting “a national insurance number easily within a fortnight.”

The truth is that the market creates the chaos that feeds the crisis and the Tories’ Housing Bill will simply make this worse.

Black people and ethnic minorities are constantly discriminated against when it comes to housing.

The homelessness rate increased by 14.5 percent for black and minority ethnic households between 1998 and 2006, despite falling by 8 percent overall.

“We’re all human beings and have a right to homes. In Walthamstow there are people from all over the world who have lived here for many years and we’re all happy together. We need places for people to live.”

Eileen Short, chair of the Defend Council Housing campaign, echoed this. She said, “We know who’s responsible for demolishing estates, selling off homes and trying to push through the Housing Bill and it’s not refugees. It’s the government, the landlords and the developers.

“The Defend Council Housing campaign and lots of tenants will be on the march against racism on 19 March to say that refugees are welcome.” 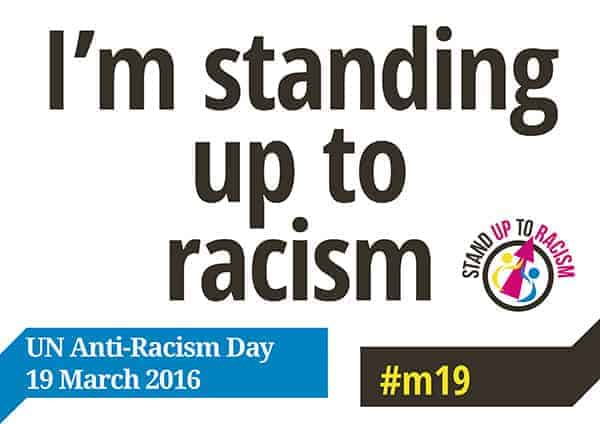