Workers at Lambeth College have entered their third week of indefinite strike—and their action is getting stronger.

The UCU union members have been out since 3 June against new contracts at the south London college. Since the strike began, more workers have joined the union so they can join the strike.

Striker Pascale told Socialist Worker, “On paper they say some lessons have gone ahead. But they haven’t really. We’ve spoken to the students and they can’t even log onto the computers.”

Principal Mark Silverman initially said they would be for new staff only—but workers refused to accept the idea of a two-tier workforce.

Since then he has said current workers are only “protected” from the new contracts until August next year.

His claims that the college can’t afford to give workers decent contracts fell flat last week when figures for principals’ pay were released.

Mandy, branch secretary of Lambeth UCU, called the pay rise “a disgrace”. Striker Nadia said, “If he wants an alternative way of saving money, he should take a pay cut.”

Unison union members at the college also struck on Wednesday and Thursday of last week. Unison striker Antony said the walkouts were having a big impact.

“It’s completely affected the college,” he told Socialist Worker. “There are no students in there at all.”

There was a carnival atmosphere at the Clapham site as pickets set up a barbeque and cars and buses hooted in support.

Workers from other unions, including the NUT, RMT and Unite, addressed the rally and brought cheques for the strike fund.

A group of striking cleaners from the “3 cosas” campaign marched up to join the rally, to cheers from the crowd.

Striker Mario from the Brixton site told Socialist Worker, “It’s brilliant. Every day we are getting more daring.” Vauxhall striker Dolores added, “The strike is solid. The longer it goes on, the more inspired you become.”

Strikers have visited over 50 workplaces to build support for the action. More than £15,000 has come into the strike fund.

But strikers face a real threat as bosses aim to impose redundancies—with most if not all of the UCU branch committee in the redundancy pool.

Mandy said, “We want to get the redundancy process stopped. And we would encourage other UCU branches to take action to support us and stop any victimisations.”

The UCU has called a national day of action in support of Lambeth College strikers on Wednesday of next week. It must make clear that it will take immediate action to defend any striker facing the sack.

And workers elsewhere should defy the anti-union laws if necessary to defend Lambeth strikers.

Picket lines from 7am every day in Brixton, Clapham and Vauxhall and a mass meeting each day at 11am at the Clapham site. Organise collections or weekly levies to support the strike. Invite strikers to speak in your union or campaign meeting. Rush messages of support to [email protected]

Workers in the UCU and NUT unions voted for escalating walkouts against compulsory redundancies and to defend conditions, particularly workload.

They were set to begin the strikes on Wednesday of this week.

But unions called off the action after bosses withdrew all compulsory redundancies and agreed there would be no increase in teaching time.

Shaun Doherty is an NUT member at the Sixth Form Centre. “There was a very good atmosphere in our NUT meeting,” he told Socialist Worker.

“It was very buoyant.

“Had the action not been threatened we would face compulsory redundancies, there’s no question about it. This is a big victory.”

Once again, workers have shown that calling hard-hitting action gets results.

UCU members at Dundee university have voted to strike on 10 July against compulsory redundancies.

They backed strikes by 69 percent in a recent ballot. 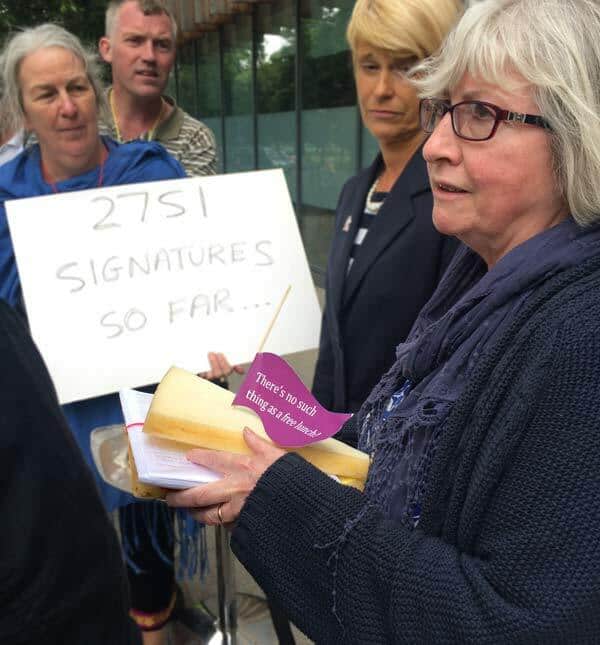