Austria in turmoil as Haider’s party in government

Austria in turmoil as Haider’s party in government

KEVIN OVENDEN’s eyewitness report from the protests in Vienna

MASS DEMONSTRATIONS and street fighting greeted the entry of the far right Freedom Party into the Austrian government on Friday of last week. Austria’s rulers suddenly got a glimpse of how their capital city, Vienna, could become ungovernable. Over 5,000 people gathered in the middle of the day outside government buildings.

Ministers of the new Tory/far right coalition, led by Tory chancellor Wolfgang Schssel, were forced to leave the swearing-in ceremony in the presidential palace by an underground passage. The police could not guarantee their safety on the street. Thousands more people demonstrated throughout the day. In some inner city schools hundreds of students marched together from their classes to the protest. They were joined by groups of workers- teachers, postal workers, white collar workers and others-with trade union banners. Some 10,000 people were on the streets at the demonstration’s height when protesters stormed the social security ministry, where a Freedom Party member was supposed to take office.

Police fired water cannon for the first time in post-war Austrian history. Austria’s rulers had expected only polite diplomatic protests over the inclusion of the Freedom Party in government. Instead the centre of a city famed for its respectable bourgeois image was turned into a battlefield. The media spoke of the “end of social peace” or “violence on the streets”. Austria was for 40 years the model of social partnership and political consensus. It is now split. Thousands of people marched against the Freedom Party and especially its leader, Jrg Haider, for over a week. They have taken up slogans once associated only with a small minority of the left-“Widerstand!” (resistance) and “Haider is a fascist.”

Workers, students and immigrants are united

OVER 4,000 people demonstrated on Saturday night against the Freedom Party. They were mainly young people between the ages of 14 and 25. Residents waved red blouses, tablecloths and any red fabric they had to hand as the march went down Margareten Strasse, an area where professionals and skilled workers live alongside immigrants. Dozens of immigrants, most of whom have been denied Austrian citizenship, lined the street cheering.

Fanny Rasul, a 16 year old school student, was on Saturday’s demonstration. She told Socialist Worker, “About 200 of my schoolmates came to the demonstration on Friday. Many more would have come today if SOS Mitmensch [the main anti-racist organisation] had not withdrawn its support for it. “I think I can get nearly all the school out for the students’ strike on 18 February. We have to show the whole world that we don’t go along with Haider. Haider is a fascist.”

The trade unions, SOS Mitmensch and the Social Democratic Party (equivalent to the Labour Party in Britain) are mobilising for a mass demonstration against the government. The powerful Social Democratic organisation in the trade unions has issued an emergency bulletin instructing its local lay officers to be contactable round the clock in the run up to the march.

It says this is necessary because “this is the most difficult situation in the history of post-war Austria”. However, mainstream leaders distanced themselves from the protests over the weekend. None mobilised for them. Some even joined the press campaign against “violent elements” on the demonstrations. This risks demoralising those who are demonstrating now. Every delay in calling protests weakens the movement.

Elizabeth Blum, a teacher on last Saturday’s march, told Socialist Worker, “I have been a lifelong supporter of the Social Democratic Party. If they do not speak out and do something now-and I mean now, not tomorrow or the day after-then I am no longer interested. The Social Democratic leaders should be in the front row storming the government buildings.”

Walter Hoffmann, a tram driver, got caught up in Saturday’s march. He said, “These young people are right to take a stand. There is a division among my workmates. Most are against Haider. But some say that we should give the new coalition time. Some of us want to do something against the government now.” There were demonstrations in other towns on Saturday-Graz, Linz, Salzburg, Klagenfurt, Bregenz and elsewhere.

THE FREEDOM Party’s entry into government is a product of the crisis that is spreading across Europe. Attempts to renew the coalition between the Austrian Social Democrats and the Tory People’s Party after last October’s election broke down because the Social Democrats’ trade union wing rightly would not accept a further, deeper round of cuts. So the People’s Party was driven into a coalition with the far right to get the cuts and privatisation programme through. The capitalist class has gambled on a highly risky strategy. The coalition has been born against a backdrop of protests and riots. The main party of Austrian big business, the People’s Party, is losing votes to the far right. Some working class Tory members are breaking from it to the left because of the deal with Haider. The Freedom Party itself is shot through with splits. There are anti-Semites, fascists and Nazis within it, but also Thatcherite businessmen and even a handful of right wing Jews. It pretends to stand up for Austrian workers, but is proposing 20 percent cuts to the early retirement budget and charges for some health services. An unstable government is trying to do in a couple of years what the Tories took 18 years to do in Britain. There is every chance of mass resistance which can topple the government. But it will take more than threats and speeches to stop Haider. Austria must be made ungovernable. That means mass strikes paralysing industry and government. It means militant protests of such strength that the police cannot keep them at bay.

HAIDER IS not in the new government and has stayed on as governor of the province of Carinthia. Everyone knows, however, that the six Freedom Party ministers are answerable to him. His entire political history shows he would like to turn the Freedom Party into a full-blown fascist force with him as leader of Austria. The country estate he inherited from his uncle was seized from Jews who were forced to leave Austria in the 1930s. He has identified himself with former members of Hitler’s SS and praised Hitler’s “orderly employment policies”. Haider does not yet have the tens of thousands of street fighters which enabled Hitler to crush the trade unions and working class organisations within weeks of being appointed chancellor of Germany in January 1933. But Haider’s party has not only scapegoated immigrants. It has also tried to organise thugs to rule the streets.

“ONE SIDE of my family is from Floridsdorf. That is the workers’ quarter in the north of the city which the fascist government shot up with artillery on 12 February 1934. It is the anniversary on Saturday. I know what this government means. It will not happen tomorrow. But I fear for the future if we give Haider time.” 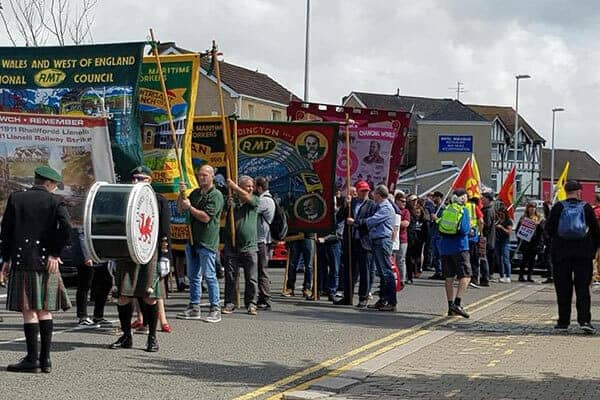 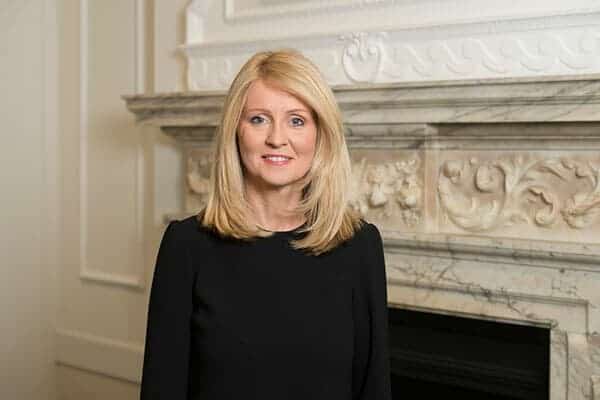 No prosecutions for Stephen Lawrence police