This article is over 11 years, 6 months old
Cabin crew at British Airways have voted by more than two to one to reject a shoddy offer from bullying boss Willie Walsh.
By Sadie Robinson
Downloading PDF. Please wait...
Tuesday 20 July 2010

Cabin crew at British Airways have voted by more than two to one to reject a shoddy offer from bullying boss Willie Walsh.

In the face of horrendous bullying and intimidation, workers have shown their determination to fight.

Their union, Unite, should begin a fresh ballot for strike action now – because crew have a real chance to win.

Unite is also set to ballot more than 6,000 workers at airport operator BAA for strikes.

If these workers struck alongside cabin crew, both groups could win their disputes by the end of August.

Managerial, technical and support workers in the other two unions at BAA­ – the PCS and Prospect­ – are also balloting. They also have members at Gatwick airport.

The ballots were to begin on Friday of this week and end on 12 August.

BAA workers are incredibly powerful. If they strike it could shut airports down because other workers could refuse to work on health and safety grounds.

BAA workers are fighting for better pay. BAA has offered a paltry 1 percent rise this year, plus half a percent if workers agree to changes to their sickness agreement. Workers suffered a pay freeze in 2009.

Workers in all three unions voted by over 90 percent in consultative ballots to reject the offer.

They are also angry because BAA had promised them a one-off bonus if the company met certain targets, which it missed by only 3 percent.

Workers usually also receive an airport bonus each summer worth £700, yet BAA is refusing any bonuses.

At BA, Walsh says there will be no further offers to resolve the dispute.

The final offer was an attempt to bribe workers to accept attacks. It didn’t resolve the issue at the heart of the dispute – the imposition of job cuts.

And it left in place Walsh’s removal of workers’ staff travel discounts and the suspension or sacking of around 60 cabin crew.

Cabin crew were right to throw it out. They have shown tremendous courage throughout this dispute – their union leaders need to match it.

Unite should co-ordinate action between BA and BAA workers and not end either dispute until both have won.

If workers close Heathrow, they would inflict millions of pounds worth of losses on their bosses and force them to retreat within hours.

As BAA admits, “Heathrow is Europe’s hub airport of choice. This is vital to the UK’s economic success.”

Workers have a chance to use their combined strength to win. They must pile the pressure on their union leaderships to use it. 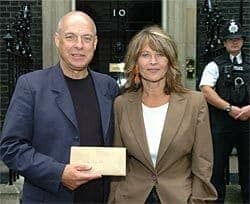 30 June pensions strikes: Let's set a date for next wave

A bloody war in Afghanistan, thousands of lives lost, what have we gained?