Babar Ahmad: a message from my prison cell

This article is over 15 years, 4 months old
Babar Ahmad, a British citizen from south London, has been in prison for over two years awaiting extradition to the US on trumped up "terrorism" charges. He wrote this message for those marching against war on 23 September
Downloading PDF. Please wait...
Saturday 23 September 2006

Terrorism is the bulldog used by Tony Blair’s administration to frighten the electorate into accepting repressive legislation. And once that legislation is set in stone, it is used against anyone but terrorists.

And terrorism is the excuse for the “fast track” extradition arrangements between Britain and the US – arrangements which allow the US authorities to demand the extradition of any British citizen without even having to provide any serious evidence against them.

The extradition treaty is also one-sided. Desmond Matkin, Joseph Doherty and Pol Brennan are just three of several alleged Irish Republicans that the US government refused to extradite to Britain in the 1980s – on grounds that they would not receive a fair trial here.

Of course the US was entirely justified in refusing the extradition of these men. Yet the Blair administration dares not even contemplate giving British citizens the same rights.

In October, MPs will vote on two crucial amendments to the Police And Justice Bill that would modify Britain’s extradition arrangements with the US. If passed, the amendments will require the US to prove a case before seeking extradition from Britain.

If only 50 Labour MPs vote for these amendments they will easily be passed. Lobby your MPs about the autumn vote and ensure that they vote on the side of the British public instead of the Bush administration.

Go to www.notoextradition.co.uk to download a lobby pack for the extradition vote, or go to www.freebabarahmad.com for more information on Babar’s case 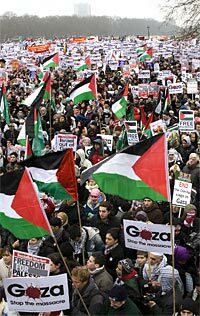