Over 500 anti-fascists gathered in Preston town centre today, Saturday, to counter a march by the remnants of the Nazi English Defence League (EDL).

The EDL’s national demonstration against what it called a “creeping Sharia city” managed to cobble together around 50 racists. Meanwhile the anti-fascist event was a showcase of Preston’s multi-cultural community.

Michael Lavalette, a former socialist councillor in Preston was at the event. “This was a celebration of Preston’s multi-cultural heritage,” he told Socialist Worker.

“For the first time every one of Preston’s mosques supported the event. It was really heartening to see lots of young Hijabi women representing their mosque.”

The Labour-led council supported the counter protest, as did most of the trade unions in Preston and the local churches too.

The event showed how the EDL had collapsed over the past few years.

Michael said, “This is the third time that the EDL and far right groups have marched in Preston since 2010. Each time they were given the Flag Market in the middle of town.

The march was called by Stand up to Racism.

Anti-racist activist Simon Hall was one of the organisers. He told Socialist Worker the “reflected the support there is for refugees”. A lot of young people turned out for the protest.

Simon said, “When you have people chanting and speaking about refugees in the middle of the city, that’s very important.”

A message from a 94 year old woman who came to Britain on the Kindertransport, for Jewish children escaping Nazi persecution in the 30s and 40s, was read out.

Support is building for the Stand up to Racism national demonstrations on 19 March. A coach from the North East will take anti-racists to the march in Glasgow.

Simon said, “We got the details of a few people who are up for coming to that. And we’ve laid the basis for a Stand up to Racism group in the North East.”

He added, “A few Nazis came to counter the march, but there was only about 20 of them.” The Nazis have been pushed back as a result of work by anti-racist and anti-fascists.

“But attacks on Muslims and migrants are coming thick and fast from the top. That’s why it’s important that we push for people to protest on 19 March. We can’t be complacent.” 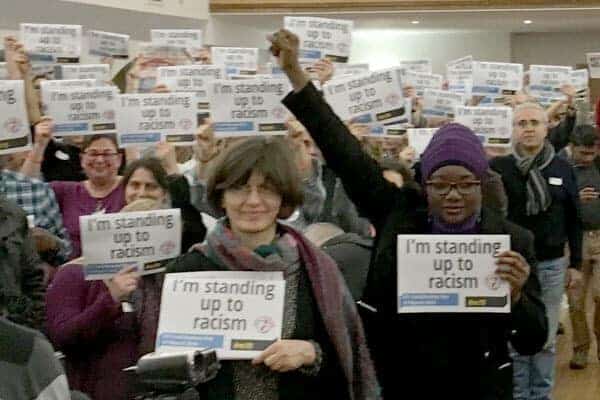 Protesters prepare to take on the racists on Saturday 19 March 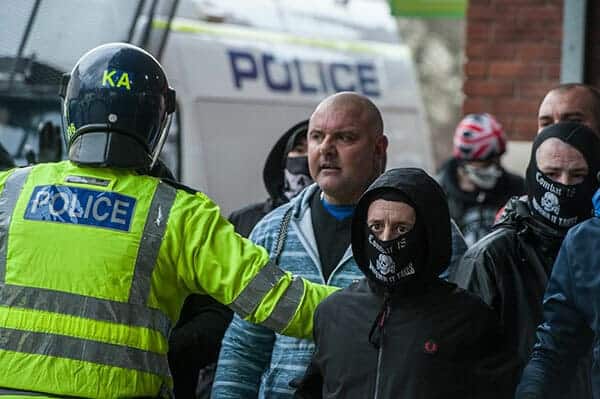 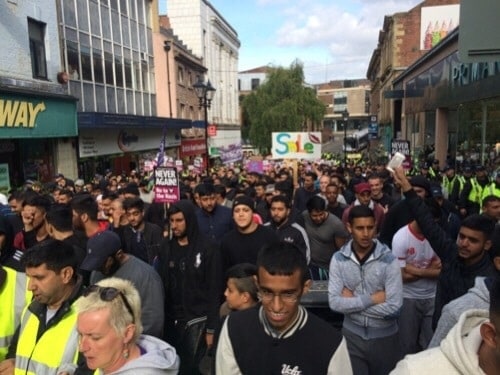 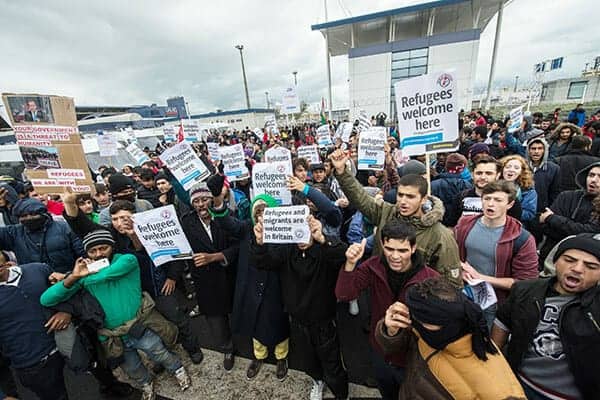