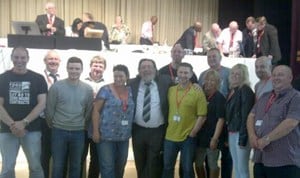 Some 180 delegates of the Bakers, Food and Allied Workers’ Union (Bfawu) gathered at the union’s annual conference in this week.

The dominant question was how to generalise the victory against zero hour contracts at Hovis in last year—won through sustained strikes.

General secretary Ronnie Draper said, “The only genuine way of stopping zero hours contracts is by workers taking up the struggle. That’s what our members did at Hovis.

“That led to a magnificent victory we can still feel reverberating around this hall.  Now others have to follow through and resist.

“We can’t depend on politicians to be our saviour. I’m not entirely sure we can rely on trade union leaders.”

John Fox from stressed the importance of solidarity.

He said “During the Hovis strike, Unite the Resistance and the Socialist Workers Party came down. They went to the town to do collections and came back with buckets full.

“Unite the Resistance pulled in support from people we didn’t know. Support these people—they support you.”

But he added, “It needs to go further than just recognising the solidarity we received. It means collecting for other strikes that are happening now.’’

A recurrent theme was the need to keep up pressure on the Labour Party.

There were demands to push Labour to repeal the bedroom tax, on energy prices, on tax breaks for the rich, the need for council housing, and against NHS privatisation.

Some workers stressed that support for Labour should not be unconditional. One delegate roused the room asking “Are they going to repeal the bedroom tax? Are they going to get rid of these bloody zero hours contracts?”

Other key issues included the fight against and workfare, and for a living wage.
Bfawu has been a leading force in the Fast Food Rights campaign, inspired by the mass strikes in the demanding $15 an hour and union rights.

Bfawu national president Ian Hodson told Socialist Worker, “We say to the employers they need to discuss how they are going to get to a £10 hourly rate. If not, we’re going to organise, and unleash our members’ industrial muscle.

‘‘Our members deserve this and Hovis has been an inspiration showing what it possible not just for our own union, but across our trade union movement.”

Strikers from the Ritzy, Care , and Hovis disputes were set to speak at a Unite the Resistance fringe meeting on Tuesday. 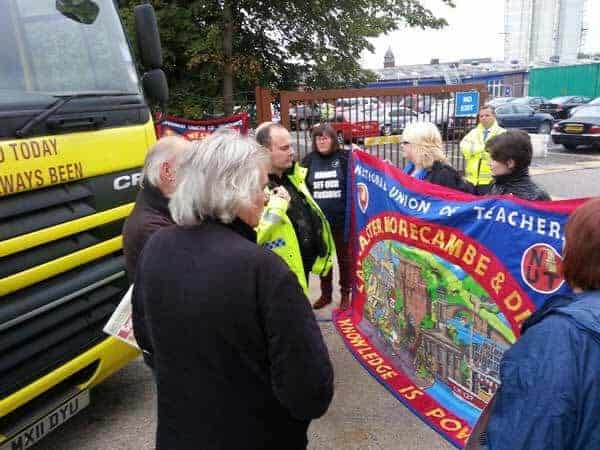