Ballot due at Metroline

This article is over 12 years, 10 months old
More than 2,000 bus drivers in the Unite union at Metroline in north London are to ballot on a new pay offer on Friday of this week.
Downloading PDF. Please wait...
Tuesday 10 March 2009

More than 2,000 bus drivers in the Unite union at Metroline in north London are to ballot on a new pay offer on Friday of this week.

The deal is 4.2 percent on all elements of pay, backdated to April 2008. It would be funded by introducing a new two-tier starter rate with different pay for new drivers, depending on whether they had a PCV licence when starting at the company.

So drivers starting without a licence would be earning almost £2 an hour less than the standard drivers’ rate.

Many drivers feel that a lot more should have been won. Metroline workers struck last October alongside bus drivers employed by First.

Further strike action was called off in the face of threats of legal action. A promised reballot has never materialised.

A driver from the Cricklewood garage told Socialist Worker, “This is deal is rubbish and I’m not going to vote for it.

“But I think a lot of people may accept it because they see no alternative. The campaign over the last year has been a wasted opportunity. The union should have squeezed more from the company.

“It’s been a disappointment – not just here but with the campaign across London. People had a lot of hope and showed they were willing to fight.

“There’s a lot of work to be done to build up grassroots involvement in the union and to make sure that desire for change is not wasted again.”

Drivers in the Unite union at Sovereign’s Harrow garage in north west London are in negotiations over attempts to impose a new seven-day rota on one route and to cut stand time and rest time on a further route.

A driver at the garage told Socialist Worker that the threat of unofficial action had forced a management to agree to a 21 day period of negotiation.

“The are issues about the quality of life for the drivers, but also about health and safety,” the driver said.

“These changes will heap more stress and exhaustion on the drivers. That isn’t safe for the public or for other road users.” 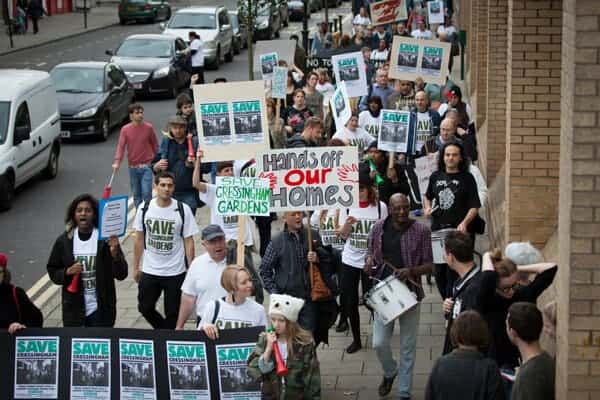 Julian Assange must face rape charges, not US revenge