This article is over 18 years, 3 months old
AROUND 20,000 workers at Rolls Royce aerospace plants across Britain are set to ballot on strikes over an attack on pension rights.
By JERRY HICKS, Amicus rep, Rolls Royce Bristol
Downloading PDF. Please wait...
Saturday 11 October 2003

AROUND 20,000 workers at Rolls Royce aerospace plants across Britain are set to ballot on strikes over an attack on pension rights.

Rolls management say the pension fund has a £1.1 billion ‘hole’ because of falling share prices.

The firm wants to cut the pension entitlement for each year’s service, from a 60th of a worker’s final salary to an 80th.

Workers have paid into the fund on the promise of decent pensions. Now it seems investing the fund’s money on the stockmarket is like betting on a horse.

Rolls is a very profitable company. It has a record £19 billion in orders.

The company claims its profits are down on last year. They are, but are still £225 million. It also managed to give an 8 percent, £133 million dividend to shareholders.

Workers have discussed how to fight the attack, and we have concluded that only strike action can force the company to increase its contributions to protect our pensions.

Amicus, GMB and TGWU members will start voting on strikes, with the ballots due in a few weeks time. 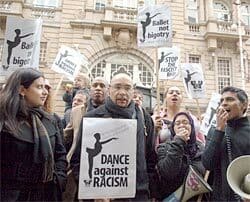 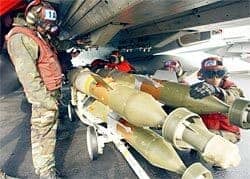 US and Britain’s record of torture, war and robbery in Iran