TUBE WORKERS in London returned a magnificent 11 to one vote for strike action last week. Members of the RMT rail union gave a slap in the face to the high court, which forced the reballot by declaring an earlier nine to one vote unlawful. The strike vote came as the Health and Safety Executive (HSE) underlined tube workers’ fears over the impact New Labour’s planned privatisation of the tube will have on safety. The HSE gave London Underground management a new deadline to sort out 69 key safety issues.

The RMT and ASLEF unions have now called a one-day strike for Thursday 29 March. Sustained strike action could break the government’s privatisation plans. They have already been delayed due to wrangling between deputy prime minister John Prescott and Bob Kiley, the man London mayor Ken Livingstone brought in to run the tube.

At the beginning of this week both sides in the talks were saying they were hoping for a compromise. But much more is at stake than just extracting some concessions from the government.

Most people in London want tube privatisation killed stone dead. The rail unions have a chance to do that. The next two weeks should be used to build hard hitting action. They should not be wasted on endless negotiations with a management that takes unions to court and a government wedded to handing public services to big business.

COUNCIL WORKERS struck for a day in Hackney, east London, last week as part of a continuing campaign against redundancies, worse conditions and cuts. They burned contracts, sent out by council managers, which would severely reduce pay and holidays. Full story on page 14. 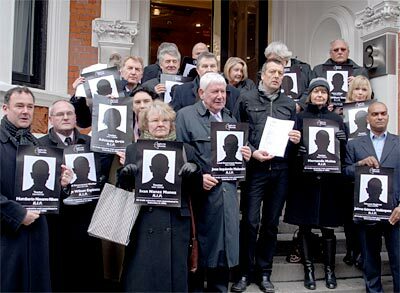 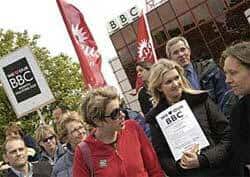 BBC strikes win concessions — but the battle goes on

Justice for Smiley Culture: Say no to more police cover-ups