Bank occupations in Scotland against obscene profits and global poverty

This article is over 17 years, 1 months old
Protesters from the Scottish Socialist Party (SSP) occupied branches of the Royal Bank of Scotland on Monday of this week.
Downloading PDF. Please wait...
Saturday 02 July 2005

Protesters from the Scottish Socialist Party (SSP) occupied branches of the Royal Bank of Scotland on Monday of this week.

The action highlighted the profits of the bank in contrast to the crushing poverty suffered by millions around the world.

Six protesters entered the bank’s headquarters in St Andrew Square, Edinburgh, at 12 noon while SSP members accompanied by Frances Curran MSP staged a sit down protest at a branch in Glasgow.

The protests lasted for 30 minutes during which time 625 children across the world died of poverty while the bank made £465,000 profit.

Frances Curran MSP said, “In the week leading up to the G8 summit at Gleneagles we are absolutely determined to focus on the obscene profits being made by companies in Scotland, particularly in the financial services sector.

“These companies are making profits which could themselves go a long way to ending poverty and hunger in the world today.”

Workers occupy Simclar factory to save their jobs 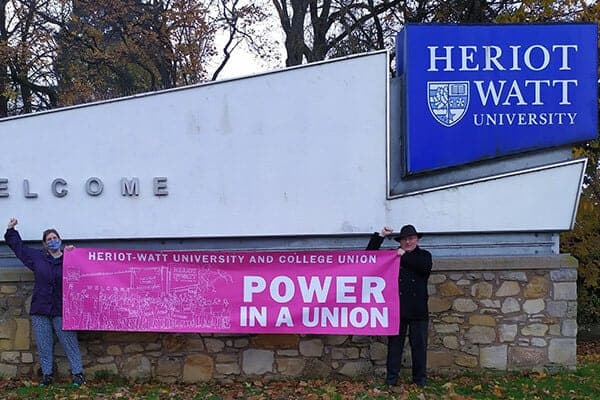