This article is over 13 years, 4 months old
Leading bankers were finally forced to say "sorry" for their part in the economic crisis when they were brought before a Treasury select committee hearing last week.
Downloading PDF. Please wait...
Tuesday 17 February 2009

Leading bankers were finally forced to say “sorry” for their part in the economic crisis when they were brought before a Treasury select committee hearing last week.

But few people were convinced by this newfound humility.

Gordon Brown has thrown billions at the banks but refused to take any control over them – leaving the people responsible for triggering the crisis free to award themselves big pay packets.

There can be no question that the bankers should be made to pay for the mess they have helped to create. But the problems go much deeper than a few bankers.

Crisis is built into a system where the pursuit of profit comes above everything else.

The rich compete with each other to make the most money. This is the root of the unsustainable “bubbles” in housing and debt that helped to precipitate the crisis.

Firms take as much as they can from their workforce and then withdraw all investment and slash jobs when their profits come under threat.

Some bosses may make less profit in a crisis than they would in a boom – and some smaller firms will go to the wall. But compared to the experience of ordinary workers, it will not be the bosses who will pay the price of the recession.

It’s one law for them... and another law for us 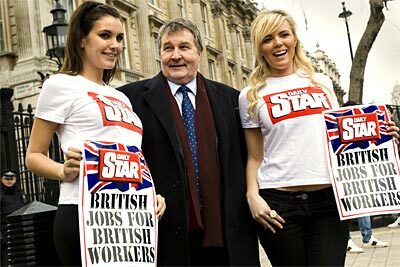