Its targets for outsourcing include social work, libraries, children’s centres and school meals. Barnet Unison warns that “upwards of 80 percent” of council jobs would be outsourced.

The ballot closes on 8 April.

Unison branch chair Helen Davies spoke to Socialist Worker in a personal capacity about the impact of privatisation—and the fight against it.

Helen argued the Tory government’s cuts are not about a lack of money, but an attack on public services. “All councils are now looking at how they can shift their spending,” she said.

Social services accounts for the lion’s share of council budgets, but don’t normally generate income. This puts pressure on councils to make them profit-making.

Barnet council has led the charge in privatisation, and abandoned its role of directly delivering services in 2010. In the last three years alone it  rejected the in-house option for 11 out of 12 outsourcing projects.

Helen said its privatisation of adult social care “has become the model” for commissioning.

Barnet is now in a race with other councils to see which can be first to privatise everything. Northamptonshire County Council recently voted to outsource all services, cut £68 million, and transfer almost 4,000 staff to four new bodies.

Helen explained that this has big implications for workers and the services. “The uniform experience of outsourcing in Barnet has been redundancies and cuts to terms and conditions.”

If workers leave after outsourcing they’re replaced by others who are not in the local government pension scheme.

In Barnet this can save bosses an enormous 25 percent of the wage bill.

But the council hasn’t even paid workers’ pension contributions at Your Choice Barnet (YCB), the council-controlled care provider.

Bosses have used the pensions deficit to attack workers. They’ve cut staff by 30 percent since 2012 and now want to slash pay by 9.5 percent.

Lower staffing levels pushed up workloads and the use of agency workers, which drove down the quality of care. The Care Quality Commission watchdog recently slammed YCB as “inadequate” and “requiring improvement”.

YCB workers have struck repeatedly against the pay cut and to defend local services. They are likely to strike again later this month.

Helen argues, “Privatisation in social care has been disastrous and starts to look very dangerous when you transfer that across to social workers.

“That’s why we’re balloting the entire branch. It needs to be resisted at all costs.” 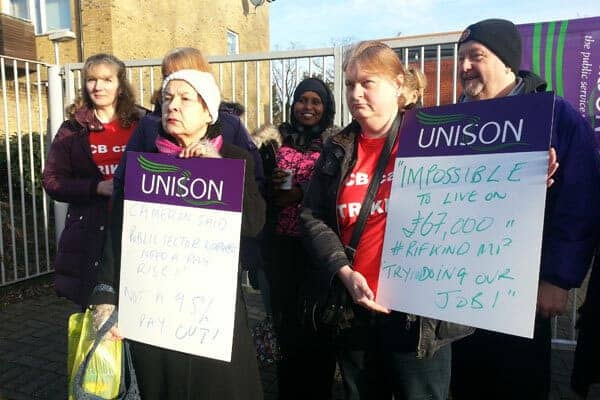 Your Choice Barnet workers strike back against attacks on pay 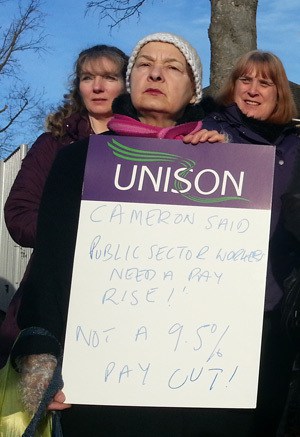