This article is over 11 years, 2 months old
National Union of Journalists (NUJ) members at the BBC were to strike for 48 hours on 5 and 6 November—the same days as London firefighters.
By Siân Ruddick
Downloading PDF. Please wait...
Tuesday 02 November 2010

National Union of Journalists (NUJ) members at the BBC were to strike for 48 hours on 5 and 6 November—the same days as London firefighters.

It follows a 90 percent vote for strikes, and 70 percent against the latest bosses’ offer.

Workers are fighting attacks on pensions—a big issue for everyone.

As well as pensions, BBC workers are aware of the political motivations of the government. The Tories are out to privatise things for their rich mates to get their hands on—and the BBC is in their sights.

Media baron Rupert Murdoch is a big friend of the Tories. They share with him a vision of getting rid of public service broadcasting altogether.

David Cameron has said they will not raise the licence fee, or government contributions to the BBC.

So any extra funding it needs will be found through cuts—as is already happening in areas such as the BBC World Service.

Unfortunately NUJ members will be on strike without other unions at the BBC.

Bectu members originally voted strongly for strikes, but a lack of leadership from union leaders meant they have now accepted the same deal that the NUJ rejected.

It is vital that NUJ workers at the BBC receive the greatest possible solidarity—from their co-workers in different unions and from trade unionists and students outside the BBC.

The strikes on 5 and 6 November will be followed by another 48-hour strike on 15 and 16 November unless management back off.

Further strikes, and escalation, can beat back the bosses—and inspire others too.

BBC bosses want to get rid of the final salary pension scheme for new entrants and restrict rises in the salary counted for pension purposes to 1 percent a year. This rapidly cuts the size of a pension.

They want the link with inflation to be broken—meaning however high it is, pension rises will be held at 1 percent. This also quickly saps a pension’s value.

Bosses took a “contributions holiday” during the boom years and didn’t pay in the corporation’s share towards pensions. 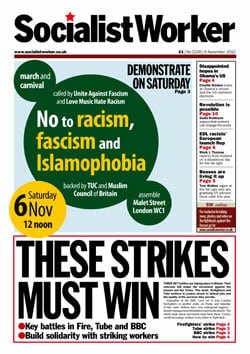 These strikes must win 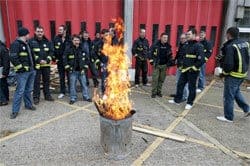 What you can do to back the strikes