BBC union members in the mood to fight against cuts

This article is over 17 years, 0 months old
BBC unions were set to meet with director-general Mark Thompson on Wednesday of this week in an attempt to negotiate over his plans for 3,800 job losses.
By Matthew Cookson
Downloading PDF. Please wait...
Saturday 11 June 2005

BBC unions were set to meet with director-general Mark Thompson on Wednesday of this week in an attempt to negotiate over his plans for 3,800 job losses.

A highly successful strike on Monday 23 May involving workers in the NUJ, Bectu and Amicus unions rocked BBC management. It made changes to its original plans.

The unions then called off a two-day strike set for Tuesday and Wednesday of last week to enter discussions.

Thompson has said he will not privatise the BBC Resources studios and production division before 1 June 2007. He has also said that pensions will become a top priority in the selling off of BBC Broadcast, the technical and creative division.

Workers in these areas will face a consultative ballot over the concessions.

But Thompson has made it clear he will not budge over the job losses, which will include compulsory redundancies. The unions have said that they will organise more action if the job losses are pushed through.

Bectu members voted to continue their fight against the job cuts at their conference in Liverpool last weekend.

“The union leadership is fighting over how the cuts are implemented. But that isn’t good enough for Thompson — he wants to be seen to be ruthless.

“If the unions don’t fight this, we can kiss goodbye to all of the favourable local agreements we have won. The scale of the cuts will cause a significant setback to the status of the unions in the BBC.

“I am convinced people would have come out again on Tuesday and Wednesday of last week. Workers at Broadcast and Resources don’t want to be privatised.

“They could still vote to reject the offer. At the very least, the unions must have no compulsory redundancies as their position at the negotiations this week.”

Pete Murray, deputy father of the NUJ chapel (union branch) at BBC Scotland, said, “There is a mixed mood in my chapel. A lot of people are still keen to push for more strikes.

“Most chapel reps have rejected the deal. We need to keep the pressure up on the BBC. Reps will have to go head-to-head with local managements, which we need to do from a position of strength.

“Activists are considering plans for overtime bans and other stoppages if talks fail to secure the unions’ demands. The G8 summit next month could be a target for industrial action if the dispute is not settled.

“This is our one opportunity to shave down the number of jobs management wants to cut.”

Organising to stop the threat of climate change 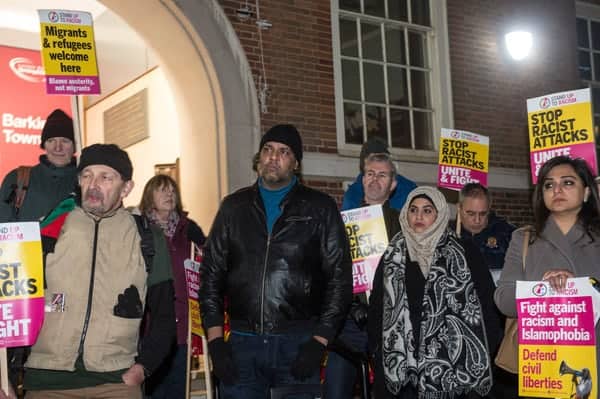