BBC workers walk out to take on the bosses’ cuts

Thousands of journalists, technicians and other workers walked out at the BBC across Britain on Thursday last week.

The strike was over the extra workload and stress caused by cuts at the corporation.

The NUJ and Bectu unions, which represent around 8,000 BBC workers, called the national 12 hour strike.

“This is not the same BBC that I started working for more than 16 years ago,” World Service journalist Jahan told Socialist Worker.

“It’s just money, money, money, that’s all that management care about. They’re doing this at the cost of people’s health and livelihoods.

Jahan was one of over 100 workers who walked out of New Broadcasting House in London as the clock struck 12 noon at the start of the strike.

The BBC has committed to axing 20 percent of its budget over the next five years.

Over 1,300 jobs have been scrapped under the plan, but the same level of output is still expected of the workers who remain.

The unions are calling for a six month break in the cuts to review what is happening to workers and the service.

In Glasgow NUJ Scottish organiser Paul Holleran said, “Workloads, stress and bullying inside the BBC have continuously increased due to the cuts over the last five years.

“Fewer people are being forced to do more and more work to maintain the level of output.

pressure of increasing workloads. Union reps have been receiving phone calls from staff in tears saying they can’t cope. There have been two suicides at the BBC in the past year.

“We’re fighting for our jobs and the future of the BBC. We need a culture change in the way the BBC is managed. We need a clean sweep to get rid of the management.”

The general secretaries of both unions addressed strikers in London.

Bectu general secretary Gerry Morrissey said, “The dispute is about the BBC’s failure to look at the wellbeing of the workforce. In a recent survey, only 46 percent of staff said they felt like they could cope with their workload. Management’s only response has been more redundancies.”

Some 60 NUJ members walked out of BBC Mailbox in Birmingham. Midlands. Father of chapel (FoC) Michele Paduano said, “It was great to see so many people together, get up and walk out in front of management.”

Bectu and NUJ members streamed out of the BBC in Cardiff to join a lively picket line. Offices in other parts of Wales also walked out.

Matin Huws, FoC for the NUJ explained that, “The good turnout was a result of the strength of feeling caused by the ever increasing levels of stress caused by the cuts in staff together with increasing demands for more work.”

There were some 50 pickets at BBC studios in Salford where much of production is being moved to as part of the cuts scheme.

Union members walked off the job, including those from consumer affairs programme You And Yours.

Both unions are now taking part in a work to rule.

Thanks to everyone who sent reports
Topics BBC, Bectu, NUJ

Remember to defend journalism on 5 November 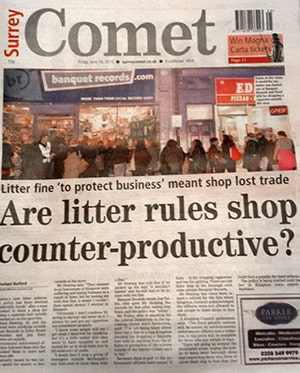