The death of US Sergeant La David Johnson in Niger has exposed the callousness of Donald Trump towards those he orders into battle.

Myeshia Johnson, the soldier’s widow, has said that during Trump’s condolence call to her he appeared not to know her husband’s name. Trump added that Johnson “knew what he signed up for” when he enlisted in the US Special Forces.

But we have also learnt a lot more from the episode.

We now know there are 800 US troops in Niger. In addition France, which ruled Niger as a colony until 1960, has 4,000 troops and a permanent air base in the capital, Niamey.

The scale of the US involvement apparently shocked leading members of the US Congress, who claimed not to know about the numbers involved.

US troops have been in Niger periodically for more than ten years, and permanently for four years.

It’s part of a growing US involvement in Africa designed to secure strategic and trade interests and keep out Chinese influence.

Most of the US forces in Niger are developing a second drone base in Niger’s northern desert.

Others run a surveillance drone mission from Niamey. Around 100 are in special forces units “advising and assisting Niger’s military”.

Elsewhere in West Africa there are an additional 300 US military personnel in Burkina Faso and Cameroon.

This is the background to the death of Johnson, three other US soldiers, and five Nigerien troops.

The official story is that on 3 October, 12 members of the US Special Operations Task Force accompanied 30 Nigerien forces on a civil-military reconnaissance mission to an area near the village of Tongo Tongo. “Officials expected the chances of meeting an enemy were slight,” said the US military.

The next day, to their great surprise, they were attacked by Islamist forces.

That account hardly seems likely. The United Nations estimates that armed groups have carried out at least 46 attacks in the region surrounding Tongo Tongo, since early last year.

Gunmen on motorcycles and pickup trucks killed 13 more Nigerien soldiers on Saturday in nearby Ayorou.

So it’s far more likely that the US troops were fighting in the frontline of an undeclared aggressive mission—contrary to their declared role.

A semi-clandestine raid would explain why it took French Mirage jets a whole hour to respond to calls for air support. And why a Nigerien quick-reaction force took even longer.

The US dead had to be removed by private aircraft run by contractor Berry Aviation.

White House officials prepared a statement to issue on the President’s behalf the day after the attack. But it was never released.

It was two weeks before Trump mentioned the deaths during an impromptu news conference.

Since the ambush, village leaders have been rounded up and arrested. Yvan Guichaoua, a professor at the University of Kent who specialises in political conflict in the region, told the Washington Post that there are signs Nigerien and French troops are preparing for a mission to avenge the lives of the US Special Forces soldiers.

The population of an area near Tongo Tongo, about 3,000 people, has been ordered by the Nigerien military to evacuate.

In a briefing on Monday Marine Corps General Joe Dunford admitted there are still many questions about what happened.

They included, he said, “Did the mission of US forces change during the operation?

The US intervention is shrouded in mystery because the truth cannot be said. It is an imperialist war carried out in the interests of US power and profit. And like all such interventions it should end now. 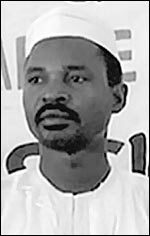 An activist in Niger analyses the crisis 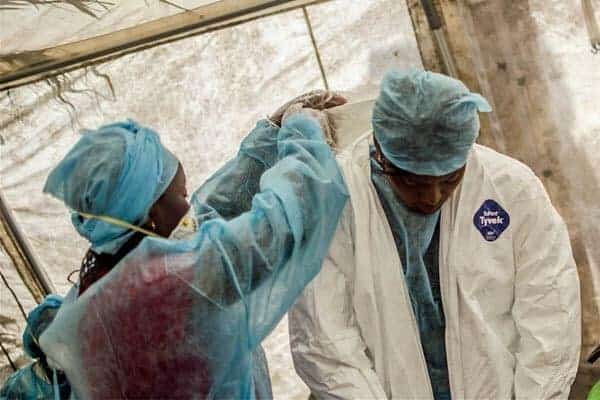