READERS MAY have missed the news just before Christmas of the settlement of the libel case between Rupert Murdoch’s Times and Tory party treasurer Michael Ashcroft. The paper had made a string of financial allegations against Ashcroft, who sued. But the two settled the case before it came to court.

The most interesting aspect of the case, though, is how the deal which ended it was struck. It came at a Christmas party thrown by Murdoch at his 5 million London penthouse. The guests drank vintage Bollinger champagne and tucked into the best beluga caviar. Margaret Thatcher was just one of the Tories joining Murdoch and his coterie that evening. Britain’s richest businesswoman, Stagecoach buses chief Ann Gloag, was there too.

Readers will be pleased to know that those rubbing shoulders with these vermin also included Gordon Brown and Peter Mandelson. No doubt the New Labour duo were doing their bit to fight poverty in Britain.

A TENANT of a billionaire landlord has accused bailiffs acting on his landlord’s behalf of behaving like “the Nazis”. John Latsis is a close friend of Prince Charles and has loaned his yacht out for royal holidays. He owns the Montrose Associates property development firm. It wanted to evict tenants from a Mayfair block to make way for a multi-million pound office development.

But 77 year old Gladys Stone refused to leave and barricaded herself into her flat. Latsis’ firm sent the bailiffs round just before Christmas. They smashed through the door and threw Mrs Stone out. “No wonder people are talking about a republic in England,” she said of the behaviour of the people employed by the royal associate. When the bailiffs said they were only following orders, she retorted, “That’s what all the Nazis said.”

Latsis is also infamous for his support for the Greek dictatorship in the late 1960s and for giving money to the Tory party under Thatcher.

The cosmetics giant Johnson and Johnson is in hot water. The makers of one of its adverts have banned black women from appearing in it. Agents for the makers of cotton buds and baby oil insisted on using only white women in an ad for face cream. A memo sent to theatrical agents looking for suitable people to appear in the film stated, “This commercial is being shown across Europe and Eastern Europe, so we are only looking for white actresses.”

THREE CHEERS for British Airways pilot Michael Post, who has shown more humanity than Jack Straw’s bureaucrats at the Home Office. Post has appealed to Straw to allow Pardeep Saini to stay in Britain. Pardeep and his brother stowed away in the undercarriage of Post’s BA plane when it flew from Delhi in India to Britain in 1996. The freezing temperatures on the flight killed Pardeep’s brother, but somehow Pardeep clung on and survived. But he was not given a sympathetic welcome.

“Pardeep was interviewed while he was still in a distressed state, which wasn’t a very sympathetic thing to do,” says Captain Post. “The poor guy had just lost his brother and spent almost ten hours in unbearable conditions. Yet here was an officer demanding in a foreign language for him to explain himself. I’d like to urge the powers that be to show him some compassion.”

PEOPLE IN the Luce Bay area of Scotland are furious that the Ministry of Defence is dumping live cluster bombs in the area. These weapons caused horrific deaths and injuries when NATO used them to bomb the Balkans. They continue to kill, as unexploded canisters from the bombs go off when Kosovan and Serbian children pick them up.

GENETICALLY modified food giant Monsanto paid people to picket United States government offices in Washington. Members of a Washington Baptist church, dressed up as butterflies and sweetcorn, carried signs saying, “Biotech saves children’s lives” and “Biotech equals jobs”. The church is based in one of the poorest areas of Washington.

The public relations representatives of Monsanto claimed the payments were merely “reimbursements” for lunch and the bus ride down to the protest area. But many of the protesters had a different take on the event. When one kid dressed as a sweetcorn was asked by a TV reporter why he was protesting, he replied, “My mum said we needed the money.”

A PETERBOROUGH hospital is risking the health of pregnant women in a bid to balance its books. The Peterborough Hospitals NHS Trust plans to charge expectant mothers for ante-natal classes. Women will be charged 20.

The trust hopes to raise up to 30,000 a year from the scheme. Local New Labour MP Helen Brinton has denounced the plans, saying, “This charge would discourage people from going, and possibly endanger both mother and baby.” Maybe Blair loyalist Brinton would follow this up by demanding her government gives the NHS the funding it needs?

THE number of households being disconnected from their gas supply by privatised firms has reached record levels. In the first nine months of last year there were 25,415 domestic disconnections. That was a rise of 33.5 percent compared to the same period in 1998.

THE Tories have chosen a very appropriate date for their spring forum and national convention this year. It is due to take place in Harrogate-on 1 April.

“SEATTLE 1999. It seemed as if it was all happening again. I hadn’t been in a riot like this for 30 years-not since May 1968 in Paris. There was the same heady atmosphere on the streets.”

“ANY candidate who can’t get hold of the [London Labour Party membership] lists is obviously disadvantaged. But that’s politics.”

“WHEN WE started 24 families had seen a loved one struck down by the new variant of CJD. Today that number has doubled. No one can say whether or not those victims are just the tip of an iceberg of infection that is still concealed from sight.”

“WE OUGHT to be careful of the tone in which we criticise the Russians about Chechnya. The sooner they are successful, the better.”

“I WISH we had never set foot over the threshold of the beastly place.”

“THERE ARE still things we need to get right and queues are one of them.” 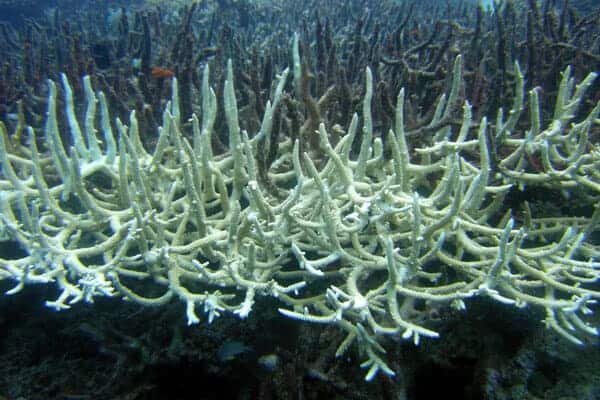 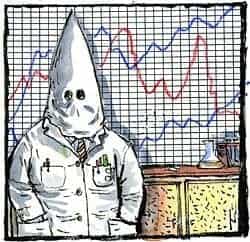 Crew can win at British Airways

Strike ballot at First Bus in Bristol over sackings