There are many reasons to hate Tory Richard Benyon. Not only is he Britain’s richest MP worth £110 million, and not only did he slash flood defences when he was environment secretary.

But the leeching landlord is also raking in £625,000 a year in housing benefit from his poor tenants, according to the GMB union. And he has the nerve to moan about the “something for nothing culture” in Britain.

Like David Cameron, Benyon has whined about benefit payments.

They complain about poor tenants claiming huge amounts of housing benefit. But they forget to mention that tenants don’t see a penny of it—and that the money is lining rich landlords’ pockets. But Benyon has always preferred to attack the poor.

This is the man who says poor people don’t have enough food because they are too stupid to store it properly.

In a parliamentary debate last year Benyon saw fit to dish out a raft of advice on food storage, including “re-closing packs of cheese”.

For him, ordinary people can’t be trusted with perishable goods.

Perhaps that’s why, when this charming character hands out food to the poor from the window of his manor house once a year, it’s bread. 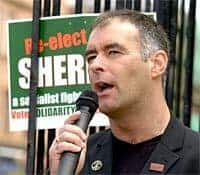 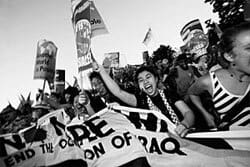 Building up a head of steam