Activists call a day of protests to beat the Tories’ bedroom tax one year on, writes Dave Sewell

Tenants and campaigners are stepping up their efforts against the Tories’ bedroom tax, with a day of protests to mark its first anniversary.

Activists representing dozens of campaign groups from across Britain met at a Benefit Justice Federation meeting last Saturday. They called for coordinated local and regional protests on Saturday 5 April.

The day will come shortly after United Nations rapporteur Raquel Rolnik publishes her full report into the bedroom tax in March.

The bedroom tax has meant misery for hundreds of thousands of people. Some have been forced from their homes.

Others were plunged into debt and malnutrition. Some even killed themselves.

But the tax has also begun to unravel in the face of resistance.

Protests have blocked evictions, forced landlords to adopt no eviction policies and pushed Labour’s Ed Miliband to pledge to scrap the tax.

Campaigners have also exposed legal contradictions. Tenants can challenge the tax on grounds such as bedroom size, disability requirements and the “1996 rule” that could affect tens of thousands.

Eileen Short is chair of Defend Council Housing, one of the founding campaigns behind the Federation. She said, “The government’s position is getting weaker and the debate is getting nastier.”

Disabled people have been among those hit hardest by the bedroom tax.

They held a vigil outside the Royal Courts of Justice on Monday of this week at the beginning of an appeal against a ruling from July of last year.

Judges ruled that the bedroom tax did not unlawfully discriminate against disabled people.

Yet many disabled people need larger homes for their equipment or other needs. “I have a very good relationship with my support workers, but I don’t want to share a bed with them,” said Robert Punton of Disabled People Against Cuts.

Disabled people have already had some victories—such as saving the Independent Living Fund last year.

“The media has tried to pit different groups against each other,” said Robert, “But what’s wonderful is we’ve shown we can work together.”

Labour MP Ian Lavery and MSP Jackie Bailey are bringing bills against the bedroom tax to the Westminster and Scottish parliaments in the coming weeks.

But Labour has been adding to the toxic scapegoating of people on benefits. Shadow work and pensions secretary Rachel Reeves this week pledged to impose tests of maths and English on unemployed people.

She also backed the Tory idea of denying some benefits to new migrants.

And Labour councils are among the landlords haranguing their tenants to pay the tax with threats and court proceedings. 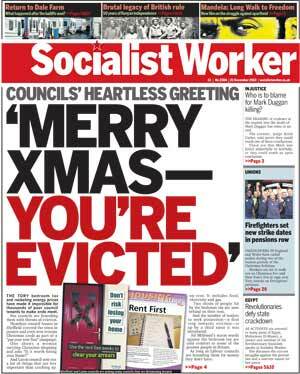 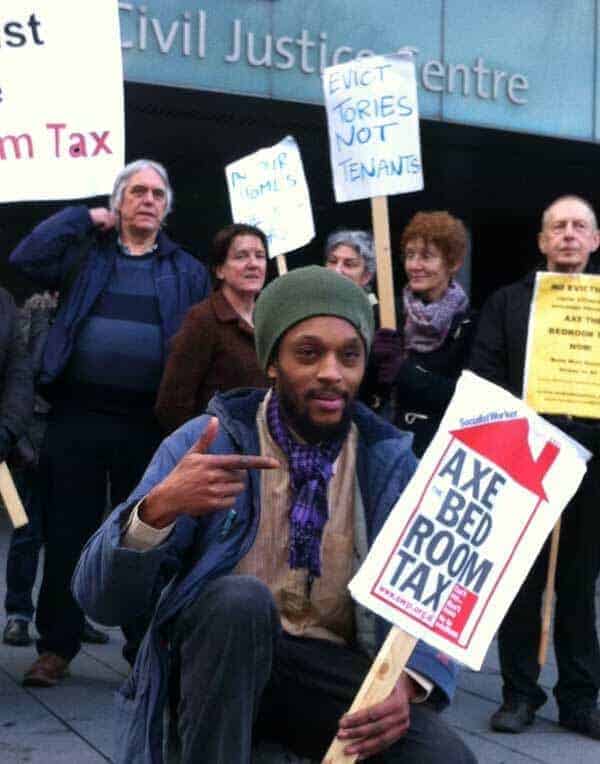