Betrayed by the union

Betrayed by the union

STRIKING caravan workers in Hull returned to work last week. The 500 workers were in their second week of all-out strike action against temporary contracts. They returned to work after their own union behaved disgracefully and told the workers it was withdrawing support. The workers’ union, UCATT, withdrew support when management threatened to take the union to court.

Bosses of Willerby Holiday Homes threatened to use the law to say the union had not given enough warning of the whereabouts of the workforce when the action was to begin. This follows a court ruling which made the RMT union call off a recent planned strike on London Underground.

It was bad enough in the case of London Underground. That was a clear case of management using the law to demand information allowing it to plan a scabbing operation. But Willerby Holiday Homes is a factory! Management knew exactly when and where the workers were going to be.

It is disgusting that UCATT did not make any attempt to resist the legal threat. It is also a disgrace that it is a change in employment law made by New Labour which has made this kind of challenge possible.

Management also sacked six workers last week, including the current shop steward and a former shop steward. They received letters saying they were dismissed for taking part in “unofficial” action. The 500 strikers were furious at a mass meeting on Wednesday of last week. “There was a very heated debate. People were disgusted,” says sacked shop steward Kevin Smith. They were saying, ‘We’ve been sold out by the union.’ The strike was solid. It was going well. But once the union told us we had to go back it had a devastating effect. It put doubt in people’s minds.”

Workers voted at the meeting by around 70 percent to stay out and continue the strike, despite their union leadership. But as a trickle back to work on Thursday morning became a pour, pickets decided it was best to go back to work. “People had changed their minds,” says Kevin. “There was a steady stream of people going in. We had to beat a retreat. But I’m angry. I’m a shop steward for UCATT. I’ve fought this cause all the way along for our union. Now we have had the rug pulled from under us by our own union. We were on an official union picket line, and we have been sacked. It’s disgusting.” 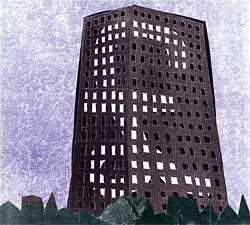 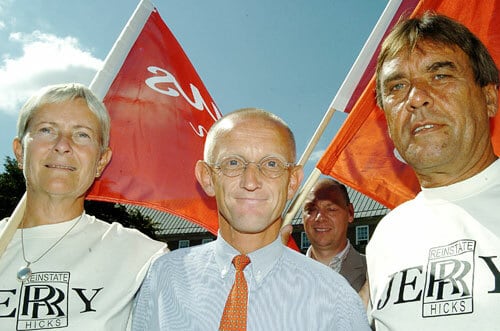